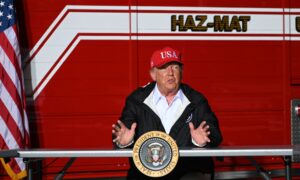 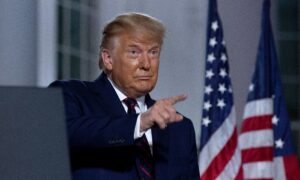 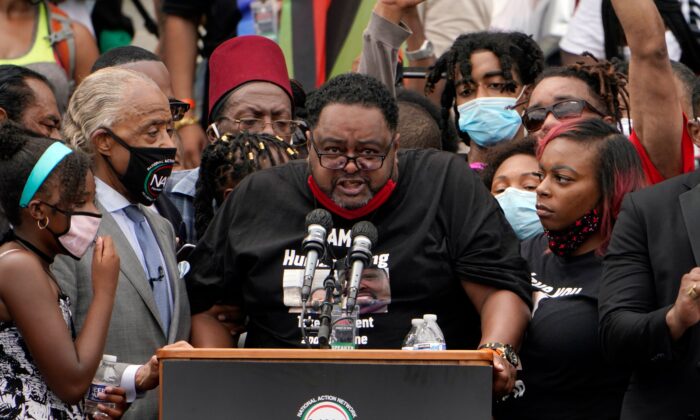 Jacob Blake Sr., father of Jacob Blake, Jr., speaks at the Lincoln Memorial during the "Commitment March: Get Your Knee Off Our Necks" protest in Washington on Aug. 28, 2020. (Jacquelyn Martin/Pool/AFP via Getty Images)
Trump Administration

Trump Not Scheduled to Meet With Blake Family

President Donald Trump is not currently scheduled to meet with Jacob Blake’s family when he visits Kenosha, Wisconsin, on Tuesday.

“Currently, the plans are to meet with local law enforcement and some business owners, and he’ll survey the damage,” White House press secretary Kayleigh McEnany told reporters in Washington.

Pressed on whether Trump will connect in person with Blake’s relatives, she added: “Not currently.”

In a separate appearance on “Fox & Friends,” the press secretary said the Trump administration has been working on connecting with the Blake family.

“We are efforting outreach, have not been able to connect yet. So tomorrow the plan is, so far, to go and to meet with law enforcement and to look at the damage from the riots, but we are holding his family close to our hearts,” she said.

Benjamin Crump, an attorney that is representing the Blake family, said during an appearance on MSNBC that he hasn’t received calls from the White House.

“My office has received no calls to set up any kind of meeting,” Crump said, adding that Democratic presidential nominee Joe Biden reached out last week.

Ben Williamson, an aide to White House chief of staff Mark Meadows, said via Twitter that the lawyer “may be misinformed.”

Meadows “has reached out on behalf of POTUS and left multiple messages with the family since last week. He’s also spoken several times with Julia Jackson’s pastor, as recently as this morning,” he said.

McEnany told reporters that part of the outreach was to the Blake family while another part was to a pastor.

Trump said on Saturday that he’s looking into what happened with Blake.

“I’ll be getting reports and I’ll certainly let you know pretty soon,” Trump said. “It was not a good sight. I didn’t like the sight of it, certainly, and I think most people would agree with that.”

Trump is not willing at this time to weigh in more than he has, McEnany said on Monday.

Blake, 29, was shot by a police officer in Kenosha on Aug. 23. Blake was wanted for sexual assault and was the subject of a 911 call regarding a boyfriend being at a home; his girlfriend said he was not supposed to be there.

After officers arrived, they tried arresting Blake, who fought with them and fought through two tasers, Wisconsin Department of Justice investigators said. Blake then walked to the driver’s side door of his vehicle and leaned inside, prompting one officer to shoot his back.

Blake was rushed to a hospital in Milwaukee via helicopter. The officers involved were placed on leave pending an investigation.