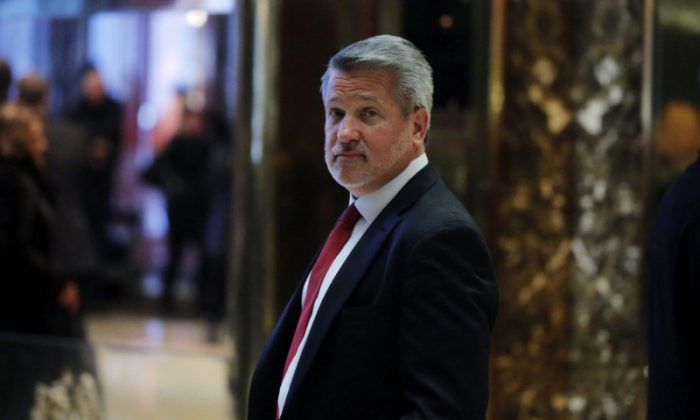 “He brings over two decades of television programming, communications, and management experience to the role,” the president said of Shine in a statement.

The announcement came after weeks of speculation about Shine’s potential role in the Trump administration. He accompanied Trump on his trip to Montana on Thursday, the first such trip in his role at the White House.

Trump named Shine to be assistant to the president and deputy chief of staff for communications, a job that has been vacant since Hope Hicks, the president’s campaign confidante, left in February, the White House said in a statement.

Hicks was the third communications director of the Trump White House, following Mike Dubke, who held the post for about three months, and Anthony Scaramucci, who was fired after just 10 days in the job.

Shine had been with Fox News since its inception more than 20 years earlier. His departure came during a scandal that led to the ouster of Fox News Chairman Roger Ailes and top-rated news host Bill O’Reilly.

Shine, a twin, grew up in Farmingville, Long Island, New York. He started his career in television in 1987, after graduating from the State University of New York at Oswego.

At Fox News, Shine started at the Hannity and Colmes show. He rose through the ranks and was appointed as co-president in 2016. Shine retired amid sexual abuse and harassment allegations against top executives. He was named, but not accused of abuse, in four lawsuits against Fox News.

“On your marks, get set…. how long till the liberal media and snowflakes start taking shots at the great Bill Shine?” Trump Jr. wrote on Twitter. “Competent, hard working and a believer in making America great again!”

Shine is married to Darla Shine, a former Fox News TV producer. They have a son and a daughter.