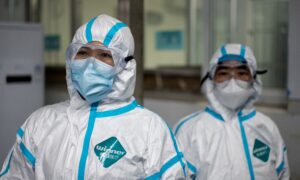 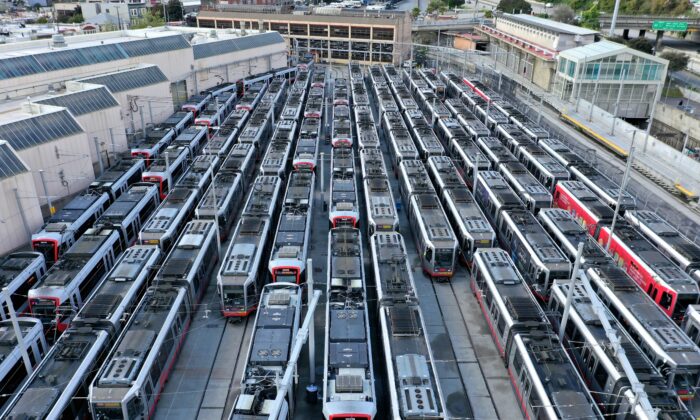 President Donald Trump is weighing travel restrictions for people trying to visit places where the CCP virus is spreading.

Some states have issued limitations on travelers from other states, particularly against New York and surrounding states. New York has the most cases and deaths from the CCP (Chinese Communist Party) virus, commonly known as the novel coronavirus.

Emerging in China last year, the virus has since spread to countries around the world. It causes COVID-19, a disease that proves deadly in a small percentage of patients.

Asked on Wednesday if his administration is considering travel restrictions, Trump said officials were.

“We’re looking at the whole thing. We’re now in a position that we want to do that—we have to do that.”

Officials are weighing the impact on the airline industry and how difficult it would be to restart airline travel if it’s curbed.

“To start these airlines and to start this whole thing over again is very tough,” Trump said.

There are flights still carrying passengers to and from New York, New Jersey, Louisiana, and other states with a high number of cases.

“It really depends on what city you’re talking about and from where you are coming. So this is something that you’re absolutely correct is on the table and is discussed,” he said during an appearance on “CBS This Morning.”

Rhode Island Gov. Gina Raimondo then broadened the order to apply to all travelers arriving from other states.

Trump considered imposing a quarantine on New York and parts of surrounding states last week but ultimately refrained. A federal health agency instead advised those living in the states to not travel from them.

Trump agreed not to announce a quarantine after “very intensive discussions,” Dr. Anthony Fauci, Director of the National Institute of Allergy and Infectious Diseases, said on Sunday.

“After discussions with the president we made it clear and he agreed, it would be much better to do what’s called a strong advisory. The reason for that is you don’t want to get to the point that you’re enforcing things that would create a bigger difficulty, morale and otherwise, when you could probably accomplish the same goal,” Fauci said during an appearance on CNN’s “State of the Union.”

“What you don’t want is people traveling from that area to other areas of the country and inadvertently and innocently infecting other individuals,” Fauci added. “We felt the better way to do this would be an advisory as opposed to a very strict quarantine. And the president agreed, and that’s why he made that determination last night.”