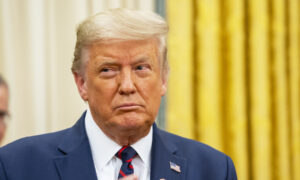 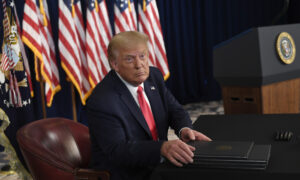 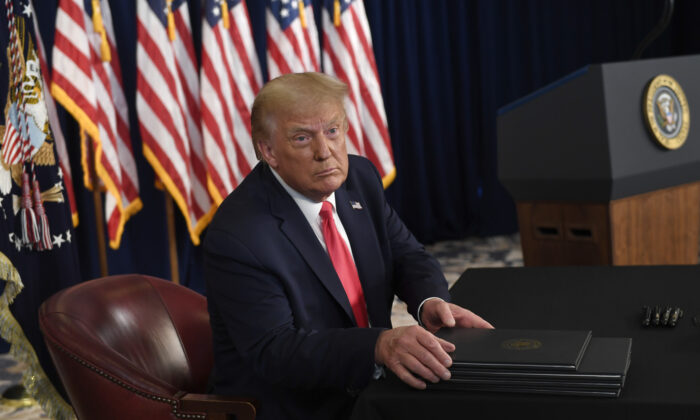 “We’re looking at also considering a capital gains tax cut, which will create a lot more jobs,” Trump told reporters at the White House on Monday.

The president’s remarks come days after he signed a series of executive orders to extend the enhanced jobless benefit, to defer payroll taxes and federal student loan payments, and to prolong an eviction moratorium, after negotiations between congressional and administration representatives on additional COVID-19 aid ground to a halt.

The impact on the economy of cutting the capital gains tax rate, which is currently 20 percent in the United States, is a matter of debate between economists, with traditional-view models predicting it leads to more capital investment and jobs.

Critics argue it is a windfall for the rich, reduces budgetary inflows, and has little proven impact on capital investment and job creation. Proponents say the benefits of a capital gains tax are widely distributed as many Americans have exposure to equities markets. They also point to evidence showing that when the capital gains tax was cut from 28 percent to 20 percent in 1997, budgetary inflows grew from $62 billion in 1996 to $79 billion in 1997, rising to $89 billion in 1998 and $109 billion in 1999. With regard to driving investment, a recent Princeton University study (pdf) concluded: “Taken together, the findings are consistent with a class of the ‘traditional-view’ models predicting that lower capital taxes spur equity-financed investment by increasing the marginal returns on investment.”

Trump’s executive order on payroll taxes, which he signed on Saturday, defer the employee portion of the payroll tax from Aug. 1 through the end of the year. Those tax liabilities are still due, though at a later date, making the move equivalent to an interest-free loan that eventually must be repaid. Trump said, however, that he would ask Congress to extend or forgive those tax debts.

Deferral of the 6.2 percent payroll tax on employees for the last three months of this year could mean that up to $100 billion in payments to the Social Security Trust Fund would be delayed, according to an updated estimate by the nonpartisan Committee For A Responsible Federal Budget, which advocates for reducing government deficits.

Critics, including the Democratic National Committee and Rep. John Larson (D-Conn.), who chairs the House Ways and Means subcommittee overseeing the retirement program, claim that with the payroll tax deferral, Trump is undermining Social Security.

“What it does is undercut Social Security,” Larson said, adding that the president “is defunding Social Security and breaking his promise. … He will say, ‘I’m not doing anything to touch Social Security, I’m just deferring this,’ but it’s as clear as my hand in front me.”

The White House said the Treasury Department will guarantee that the Social Security Trust Fund is made whole, while White House spokesman Judd Deere pushed back against criticism, saying: “Providing a payroll tax deferral poses no risk to the Social Security Trust Fund and puts more money in the pockets of hardworking Americans as we fight to end this pandemic from China and rebuild our economy safely.”