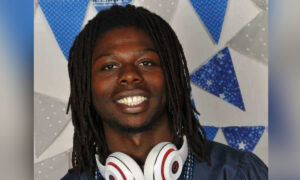 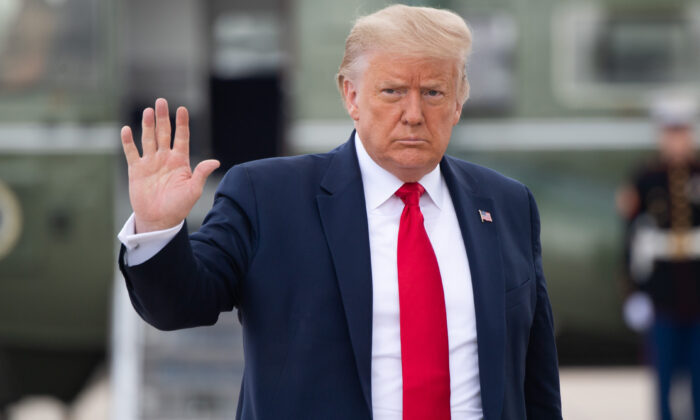 President Donald Trump arrives to board Air Force One at Joint Base Andrews in Maryland on July 10, 2020. (Saul Loeb/AFP via Getty Images)
Politics

President Donald Trump, in an interview on July 14, said the death of George Floyd was “terrible” and said that white people are also dying at the hands of police officers.

When he was asked about why black people are dying at the hands of law enforcement, Trump said, “So are white people.”

A study by Harvard researchers published in June found that the number of white people who died in police custody between 2013 and 2017 was higher than any other demographic. White people, however, constitute a larger population than black people in the United States.

Another study from the federal National Center for Biotechnology Information stated that people who died due to lethal force “were majority white (52 percent) but disproportionately black (32 percent) with a fatality rate 2.8 times higher among blacks than whites.”

“Most victims were reported to be armed (83 percent); however, black victims were more likely to be unarmed (14.8 percent) than white (9.4 percent) or Hispanic (5.8 percent) victims.”

Floyd’s death sparked nationwide Black Lives Matter protests and related riots over a several-week period, while the Minneapolis officer seen in a viral video kneeling on Floyd’s neck was later charged with second-degree murder and fired from his job.

Trump’s comments also came in the midst of a surge of crime across major U.S. cities, including New York, Chicago, Philadelphia, and others.

The president was also asked in the CBS interview about whether Confederate flags should be taken down in some parts of the country in light of it reminding people of slavery.