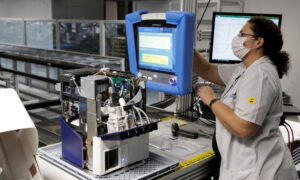 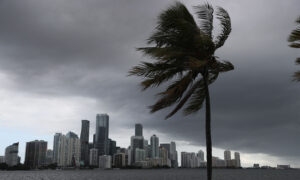 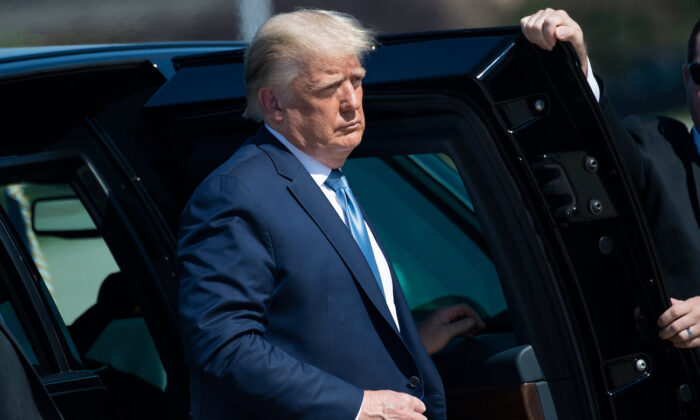 President Donald Trump walks to Air Force One at Andrews Air Force Base in Maryland, on Aug. 18, 2020. (Brendan Smialowski/AFP via Getty Images)
US News

President Donald Trump on Thursday visited the Federal Emergency Management Agency (FEMA) headquarters to monitor Tropical Storm Laura’s impact on the Gulf Coast, hours before he is slated to deliver an address for the Republican National Convention (RNC) and accept the GOP’s nomination.

“We got a little bit lucky,” Trump said. “It was very big, it was very powerful. But it passed quickly and so everything’s on schedule.”

The president said that he is planning to visit areas in Louisiana and Texas that were affected by the storm, which made landfall as a Category 4 hurricane on Thursday morning.

There were reports that Trump was slated to visit the area on Thursday, but the Trump campaign on Thursday told Fox News that the president’s RNC speech will “happen as scheduled” on Thursday night, the last day of the convention.

The president’s campaign said that he “has FEMA in steady contact with state and local officials and has already mobilized resources and supplies to people in harm’s way.”

FEMA Administrator Peter T. Gaynor said at the meeting that debris and live electrical wires could pose a danger, calling on locals to not go outside unless absolutely necessary

Officials confirmed on Thursday three deaths from the storm, including a 14-year-old girl.

Also on Thursday, Trump approved an emergency declaration for Arkansas, which was also hit by Hurricane Laura.

“The President’s action authorizes the Department of Homeland Security [and] Federal Emergency Management Agency to coordinate all disaster relief efforts which have the purpose of alleviating the hardship and suffering caused by the emergency on the local population, and to provide appropriate assistance for required emergency measures, authorized under Title V of the Stafford Act, to save lives and to protect property and public health and safety, and to lessen or avert the threat of a catastrophe statewide,” according to the White House

“There is a chemical fire in the Westlake/Moss Bluff/Sulphur area,” he wrote on Twitter. “Residents are advised to shelter in place until further notice and close your doors and windows.”

Images and video footage shows the fire, smoke, and an apparent chemical leak at the plant.

Edwards wrote, “If you are in the Westlake/Moss Bluff/Sulphur area, shelter in place, close your windows and doors and TURN OFF YOUR AIR CONDITIONING UNITS. There is a chemical fire. Stay inside and wait for additional direction from local officials.”