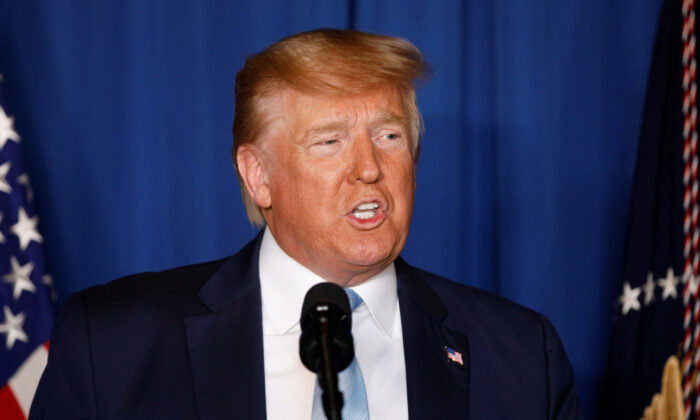 Ukraine’s new ambassador to the United States was one of six diplomats to meet with President Donald Trump at the White House on Jan. 6.

Ambassador Volodymyr Yelchenko and five other diplomats received credentials during a ceremony in the Oval Office.

Credentialing ceremonies happen throughout the year.

The event was closed to the press.

Trump was impeached by House Democrats in December 2019 for abuse of office and obstruction of Congress. The impeachment inquiry was triggered by an anonymous complaint about his July 2019 phone call with Ukrainian President Volodymyr Zelensky.

Trump asked Zelensky to “look into” corruption allegations against former Vice President Joe Biden and Biden’s son Hunter Biden. Democrats said that amounted to an attempt to get a foreign country to interfere in the 2020 election because Joe Biden is a Democratic presidential candidate.

Trump said it’s his duty to probe allegations of corruption.

House Speaker Nancy Pelosi (D-Calif.) still hasn’t delivered the impeachment articles to the Senate so an impeachment trial hasn’t happened. Pelosi hasn’t given an update on how long she plans to hold the articles for. Pelosi has said she’s withholding the articles to force the GOP-held Senate to hold a “fair trial.” Several GOP Senators have threatened to change Senate rules to be able to go ahead without the articles if she doesn’t hand them over soon.

White House adviser Kellyanne Conway said on Monday that Trump doesn’t want a delay in the trial, and wants instead to focus on the Iran threat. She also criticized House Democrats, who said during the push to impeach Trump that the president was a danger to the country and needed to be removed.

“Since my testimony is once again at issue, I have had to resolve the serious competing issues as best I could, based on careful consideration and study. I have concluded that, if the Senate issues a subpoena for my testimony, I am prepared to testify,” Bolton said.