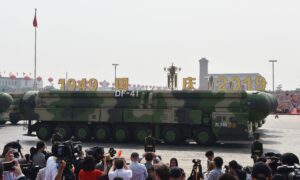 Ahead for the World: 4 Years of Living Dangerously Under Biden
0
Share Now
TelegramFacebookTweetEmailTellMeWeReddit
Copy Link 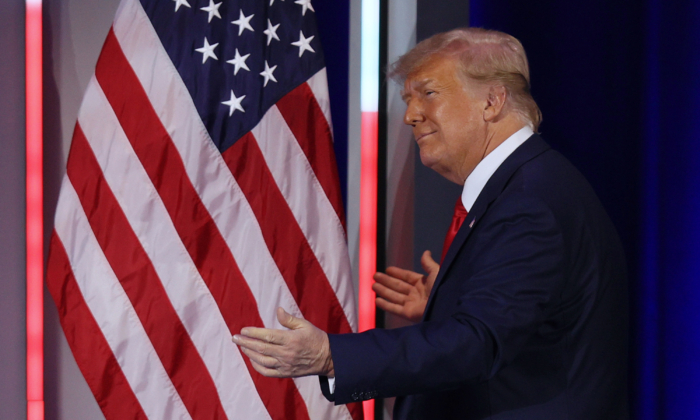 It has been over 100 years since the United States has had a political figure like former President Donald Trump. Given his personal popularity among the Republican base along with his core message, Donald Trump proved with his appearance at CPAC that the Republican Party remains within his grasp. That may well mean he can take the 2024 nomination as well.

Grover Cleveland is the only president in American history to have two nonconsecutive presidential terms. His place and time bear a remarkable resemblance to our own.

As I discussed in my book, “The Divided Era,” the Gilded Age (roughly the last 25 years of the 1800s) was the period most like our own Divided Era. As a nation, America was deeply divided coming out of the Civil War and Reconstruction.

Voter interest was at historic highs as seminal issues confronted the nation. Those issues included the wounds of the Civil War and how the country could heal, recover, and integrate. There was also the issue of tariffs—then the most prominent method of federal government tax collection—and whether our currency should include paper, remain gold, or be some combination of paper, gold and silver coins.

Grover Cleveland was a dominant political figure, but the tide moved against him by the end of his first term as the country’s sentiments swung back and forth. The man who beat Cleveland in 1888, Benjamin Harrison, was not nearly as charismatic.

Harrison’s presidency also wasn’t very effective and, by the end of it, Harrison didn’t even want to run for reelection—although he did. The pendulum swung back in Cleveland’s favor, he won his party’s nomination, and won the White House a second time.

The story of Andrew Jackson is of interest as well. Jackson would be considered a populist by today’s standards and ran against the elitists in favor of the “common man.” Jacksonian Democracy, as it came to be called, was characterized by a broadening of the voting franchise and a direct appeal to the popular vote because presidential electors were now “being decided by the voters in all but two states.”

In 1824, Jackson won the highest amount of the popular vote but was denied the presidency after a backroom deal gave the presidency to John Quincy Adams. An incensed Andrew Jackson rued what became known as the “Corrupt Bargain” that gave Adams the presidency and never ceased running for president again.

Incredibly, Jackson was nominated three years in advance of his rematch with John Quincy Adams. Jackson won that 1828 election based in significant part on his populist vision, his followers’ belief that the 1824 election was decided unfairly, Jackson’s criticism of the Washington Establishment, and Adams’ weakness.

If you combine those histories of Cleveland and Jackson, you find the seeds of the current Trump story.

The reason Donald Trump got elected in 2016 remain relevant today, just as they were when Jackson and Cleveland ran a second time and won. As I have written elsewhere, Trump was elected as an outsider in defiance of the Washington Establishment.

Given the direction of the Biden Administration, few can logically believe that any of the issues that elected Trump won’t be even more prevalent in 2024. Indeed, government overreach will get much worse in the years ahead and that will grind down the economy. Elitism is running rampant and, as for attacks on American values, even Mr. Potato Head isn’t safe.

So, does that mean Trump will run again?

Logically, it could. Republicans won’t go for a Washington insider in 2024. They will want either Trump or a governor like Florida’s DeSantis or South Dakota’s Kristi Noem.

If Trump doesn’t run, you can also expect a crowded field of those who would be interested in the nomination. Recall how many ran for the Democratic nomination this last time and for the Republican nomination in 2016.

Trump, however, has something none of the other Republicans have—a fiercely loyal base. Armed with those followers and the continuing narrative that the Establishment doesn’t care about Jackson’s Common Man, Trump has the best case today for being the 2024 Republican nominee.