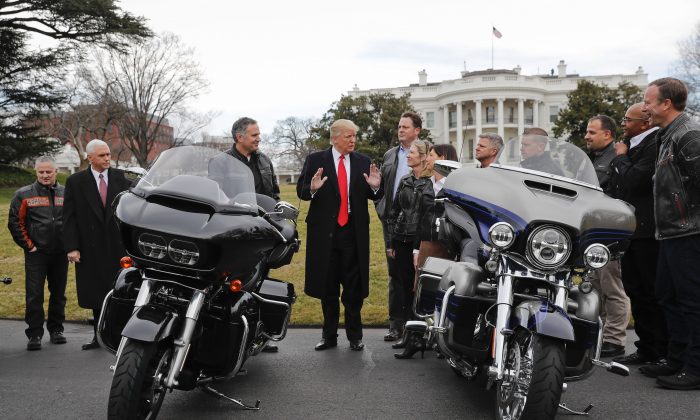 President Donald Trump says he’s looking at “re-doing” the North American Free Trade Agreement, which he says has been a “catastrophe for our county.”

The president made the comments in a pair of meetings Thursday with lawmakers and employees from the Harley-Davidson motorcycle company.

Trump has long railed about the country’s trade deals, claiming they put American workers and companies at a disadvantage.

Trump says he doesn’t care if “it’s a renovation of NAFTA or a brand new NAFTA,” as long as it’s fairer for U.S. workers.

He says, “All of the statutory guidelines we’re adhering to I would like to speed it up if possible.”

He says his Commerce secretary nominee, Wilbur Ross, will lead the negotiations.

Economists generally attribute the loss of manufacturing jobs to China, not Mexico.