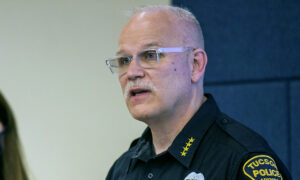 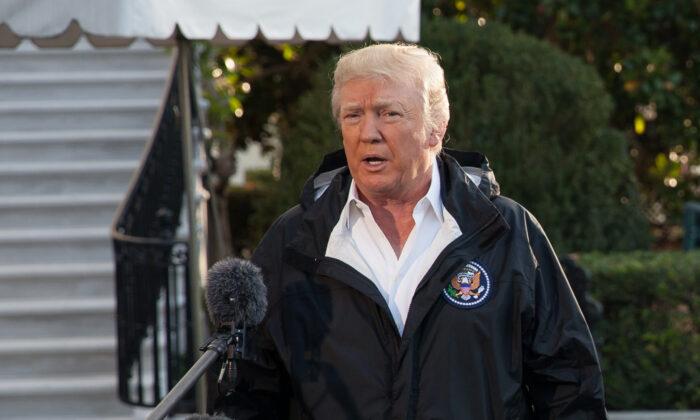 Then-President Donald Trump speaks with the press before boarding Marine One with First Lady Melania Trump on the South Lawn of the White House in Washington on Oct. 3, 2017, en route to Puerto Rico. (Samira Bouaou/The Epoch Times)
Donald Trump

Lawyers for former President Donald Trump told a judge on Monday that a New York law does not apply to the Republican because he is no longer president.

“While the TRUST Act is not the clearest statute, the best reading is that it does not apply to former Presidents,” the attorneys wrote in a filing.

The law in question, which was enacted in 2019, lets the state share tax return information with congressional committees.

Legislators who sponsored the bill said it was inspired by the Trump administration’s refusal to hand over Trump’s tax returns. House Ways and Means Chairman Richard Neal (D-Mass.) sought Trump’s tax returns that year but was turned down, triggering a lawsuit.

In the new filing, Trump’s lawyers said the House committee is still pursuing Trump’s tax returns even though he left office on Jan. 20.

Lawyers for the committee told U.S. District Judge Carl J. Nichols in their own filing that was submitted at the same time that it has no plans to proceed in the matter.

Trump brought the lawsuit in the case in July 2019, asking the court to declare that the committee lacked a legitimate legislative purpose for obtaining his information, to declare that the TRUST Act violates the First Amendment, and to issue a permanent injunction against the state’s attorney general from enforcing the law.

Trump has several ongoing legal battles concerning his taxes. Earlier this year, the Supreme Court allowed an accounting firm to deliver his returns to prosecutors in New York as they investigate him for undisclosed wrongdoing. In a third case, the parties will appear in June as a separate House committee seeks Trump’s records.