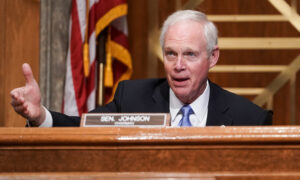 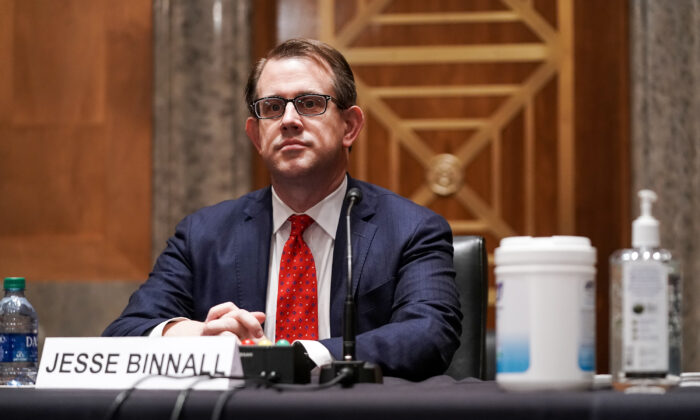 But in dismissing legitimate cases involving the fraud, the courts are helping further a narrative that there was no fraud, Binnall said.

“It’s just completely ridiculous that courts are more interested in being a rubber stamp for this media narrative that there was no voter fraud, and ignoring the evidence to the contrary—that there was clear voter fraud, that courts have decided to abdicate their role to be neutral arbiters,” he told NTD, part of the media group.

Binnall led the plaintiffs in a Trump campaign lawsuit that sought to invalidate tens of thousands of votes, arguing that they were illegally cast.

After a district judge dismissed the case because he said the plaintiffs didn’t provide proof that any illegal votes were cast and counted, the Nevada Supreme Court rejected an appeal.

“It’s really, really unfortunate that courts are trying to find ways to dodge the issue. My case in Nevada is an example of that,” said Binnall, who recently testified to Congress during a hearing on election “irregularities.”

The campaign said they uncovered 130,000 instances of voter fraud, including votes cast in the name of dead people and noncitizens.

Binnall said he’s not sure why the courts are rejecting such cases.

“It’s very disappointing for any lawyer to see when you don’t have courts giving such an important case, important issues as a presidential election, the attention that it deserves—that it demands—that if you’re going to live in a democratic republic, and you’re going to have elections where every single eligible voter gets exactly one vote, we need courts to be able to enforce those rules. I don’t know why they’re not doing it right now,” he said.

“But it’s extraordinarily important going forward that courts reclaim that role of neutral arbiters and give good hard looks to hard facts. And I understand that these are hard cases that judges don’t like being in a situation of having to recognize that the purported results of an election are tainted by fraud. Nobody wants to be in that place. We don’t want to be in that place. But it happened. Bad actors took and are trying to steal this election. So we can’t just put our heads in the sand. We can’t pretend it didn’t happen. It did happen. And now we have to take a stand to make it very clear that we will not allow a presidential election to be stolen.”

Democratic presidential nominee Joe Biden has claimed victory over Trump in the election, pointing to the electoral votes cast earlier this month. He has called on Trump to concede. The president, his team, and other Republicans are contesting election results in key states. The Epoch Times isn’t calling the race at this time.

Nevada’s top election official has challenged claims from people such as Binnall.

The office of Secretary of State Barbara Cegavske, a Republican, said in a new “Facts vs. Myths” document (pdf) that the office is pursuing action in cases of alleged voter fraud. But, it added, “we have yet to see any evidence of widespread fraud.”

The office also noted that four different cases dealing with the election were dismissed in Nevada for alleged lack of evidence.

And the office said that all voting machines undergo examinations both pre- and post-election to make sure they function as expected.

“The post-election audits and recounts conducted in Nevada confirmed that the machines accurately tabulated the votes cast,” the document states.

Binnall noted the results of a forensic audit of Dominion machines in Antrim County, Michigan, and how Maricopa County, Arizona, election officials refused to comply with a subpoena to audit machines there.

“You just have to say, what have they got to hide?” Binnall said.

Dominion has said its machines can’t change votes and that all of its systems produce paper records. Audits and recounts from the 2020 election have confirmed “the integrity of election outcomes,” the company states on its website.

One of the reasons Binnall became suspicious of voting machines was the emergence of two separate whistleblowers, people who worked for Clark County, who came forward and told the campaign about specific irregularities with the machines.

One irregularity was that when they logged out the USB drives, there would be one number of votes on them. When they logged them back in the next day, there was a different number, Binnall said, citing the whistleblowers.

“What that means is that literally in the dead of night, votes were appearing and votes were disappearing on these machines,” Binnall told a judge on Dec. 3.