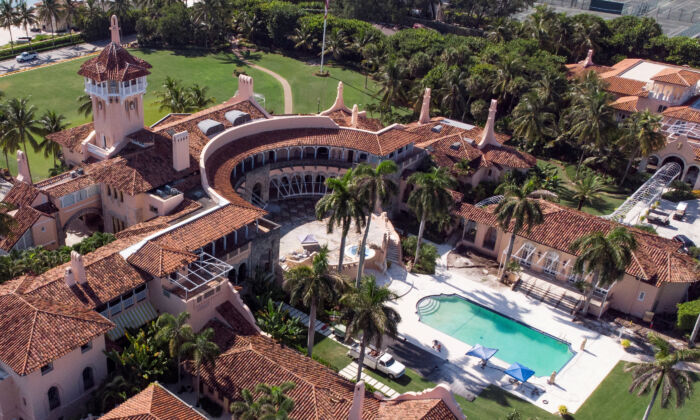 A lawyer for former President Donald Trump said she had entirely searched “each and every room” at Mar-a-Lago early in May, less than a week before the Department of Justice issued Trump a grand jury subpoena to recover alleged top secret records he removed from the White House.

Alina Habba, the attorney representing Trump in a tax fraud probe, told a New York state court in a May 6 filing (pdf) that she personally conducted a search of Trump’s private residence and office at Mar-a-Lago the previous day, looking for financial documents onsite. It was in reaction to a separate subpoena issued by New York Attorney General Letitia James who was then investigating the Trump Organization’s dealings.

“On May 5, 2022, I diligently searched each and every room of Respondent’s private residence located at Mar-a-Lago, including all desks, drawers, nightstands, dressers, closets, etc.,” Habba said in the months-old court document that recently resurfaced.

The search in Palm Beach was under the authority of Trump with access to “any and all documents responsive to the Subpoena,” as per the former president’s sworn affidavit included in the filing. Habba scoured residences and offices at the Trump National Golf Club Bedminster the same day.

Six days later, the DOJ subpoenaed the 45th president (pdf) over his handling of alleged highly classified records, asking on May 11 for “any and all documents or writings in the custody or control of Donald J. Trump and/or the Office of Donald J. Trump bearing classification markings.”

Although Habba said she “was unable to locate any documents responsive to the subpoena” related to her separate legal case, questions remain about whether the attorney had spotted or handled any documents that the DOJ later uncovered in many of the same places at Trump’s club. According to a new filing (pdf), certain documents that the FBI found during the Aug. 8 Mar-a-Lago raid had “colored cover sheets indicating their classification status.”

“Notwithstanding counsel’s representation on June 3, 2022, that materials from the White House were only located in the Storage Room, classified documents were found in both the Storage Room and in the former President’s office,” the DOJ disclosed on Tuesday.

The Epoch Times has reached out to Habba regarding whether she has come across any of the highly sensitive documents seized by the DOJ in its separate probe. The attorney previously echoed statements made by Trump and his other lawyers that all the documents the FBI seized were declassified.

The DOJ said Trump’s attorneys, in response to the May 11 subpoena, gave investigators “a single Redweld envelope” during a June 3 meeting at Mar-a-Lago, asserting no classified documents were left in the property.