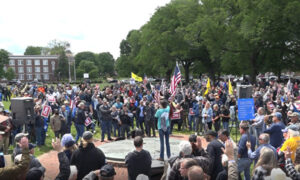 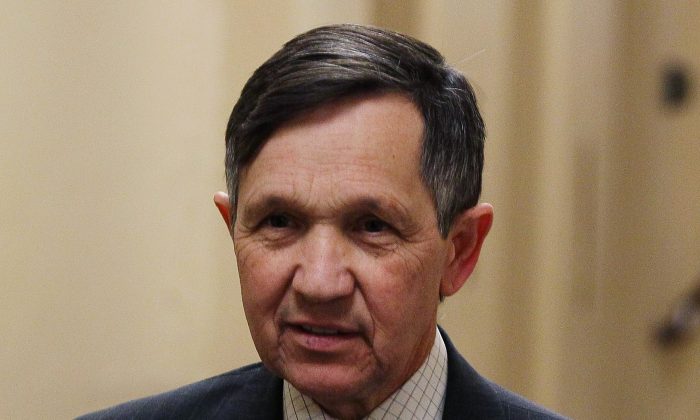 Trump Jr. Meeting a ‘Bunch of Nothing’: Former Rep. Kucinich

Former Ohio congressman Dennis Kucinich, a Democrat, on Friday said there was nothing suspicious or controversial about the meeting between Donald Trump Jr.. and a Russian lawyer during last years’ presidential campaign.

“Big picture: I think this thing is a bunch of nothing,” Kucinich told Fox news on a broadcast appearance. “I really do.”

He said that Russian lawyer, Natalia Veselnitskaya, appeared to set up the meeting because she actually just wanted to discuss a Russian children adoption program in America.

Trump Jr. says that the Russian lawyer had no information relating to Hillary Clinton and that he left soon after the meeting began. Trump Jr. recently released the full email conversation he had with the lawyer on Twitter, claiming that he had nothing to hide.

In a July. 11 tweet, Trump Jr. said the media have been desperate to find a hint of Russian meddling.

“Media & Dems are extremely invested in the Russia story. If this nonsense meeting is all they have after a yr, I understand the desperation!” he tweeted.

Media & Dems are extremely invested in the Russia story. If this nonsense meeting is all they have after a yr, I understand the desperation!

Kucinich, a former democratic presidential candidate, adds that the lawyer was actually involved in doing opposition research for the opposing political team.

“This group that she was somehow connected with was doing opposition research on Donald Trump, so what is this? This is like a hall of mirrors”, Kucinich said on ‘The Fox News Specialists’ program.

Kucinich said there was nothing illegal about a meeting in which Trump Jr. hoped to obtain damaging information on Clinton.

The mainstream media have spent too much time on a story that leads to nowhere, Kucinich said, adding that the media and investigators just want to further their zero-evidence claims of Russian meddling.