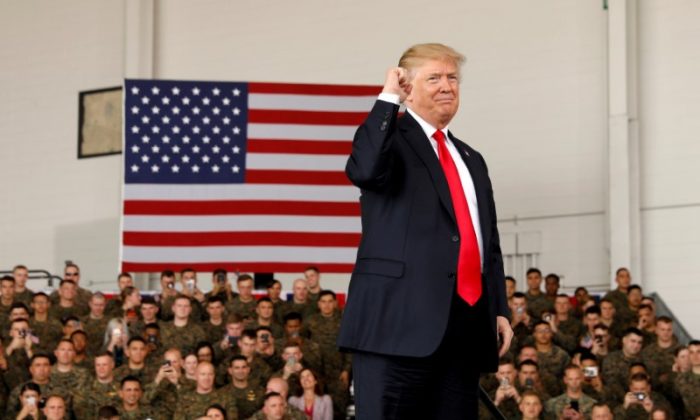 Trump Is the Unexpected ‘King of Small Donations’ in California

California might be considered by many to be the “Resistance State,” but President Donald Trump is far from the least popular among locals — at least as far as fundraising goes.

An assessment from CalMatters published on July 17 shows that Trump is raising more money than most of his Democratic challengers, with the exception of Sen. Kamala Harris and Pete Buttigieg, the mayor of South Bend, Indiana.

According to the data, Harris has raised over $7.5 million in her home state so far in 2019, with Buttigieg following behind raising more than $4.8 million. During the same period, Trump raised $3.2 million, more than Sen. Bernie Sanders and even former Vice President Joe Biden.

Furthermore, data shows that it’s the small donations that keep boosting the president’s numbers in the Golden State, making him the top contender when it comes to donations of $100 or less at a time. Sanders and Sen. Elizabeth Warren came in second and third place.

To California’s own Democrats, this news may come as a shock.

As recently as 2018, Democratic candidates in seven key congressional districts in California were found to have significantly out-funded Republican challengers in small donations under $200, as well as overall funding.

At the time, Democratic strategist Bill Burton saw the flow of small donations as a response to the current mood in politics, saying that there “had never been anything like this.”

“Regular grassroots Americans are saying they want change in dozens of races across the country,” he said.

However, Trump’s recent fundraising efforts in the Golden State prompted CalMatters to dub the president the “king of small donors.”

Political consultant Tho Bishop told The Epoch Times that Trump’s recent small donor numbers could help the public understand “how out of touch the opinion-making class in Washington, D.C. and New York are with the rest of the country.”

The Money Keeps Coming In

While CalMatters looked at money that made its way to candidates’ coffers between the months of January and June, it didn’t cover some large donations that have been more recently secured in the state.

According to The Hill, two mid-July fundraisers organized by Donald Trump, Jr. and former Fox News host Kimberly Guilfoyle secured the president $2.5 million over the course of just 48 hours. But unlike the smaller donations that had thus far helped put Trump’s name on the list of California’s favorite politicians, the new fundraisers relied on big money.

Some other people who were reportedly present at the fundraisers included Debby Magowan, the co-owner of the San Francisco Giants, and Oculus VR founder, Palmer Luckey.

Trump’s campaign now has $80.2 million in cash on hand, while Harris, the top fundraiser in California, raised a little over $24 million in total.

But despite the president’s performance in the blue state, CalMatters concluded that money doesn’t always equal support.

In its assessment, the nonprofit found that while “Harris’ fundraising lead matches her position in a recent Quinnipiac poll,” Buttigieg “is raising much more in California than his public support would suggest.”

Instead, California voters on average are more likely to back Biden, Sanders, or Warren, while choosing to forego giving them money.

However, Bishop told The Epoch Times that Trump’s lead in small donations could be “a sign of how unconvinced Democrats remain about their current slate of candidates.”

When asked if the recent fundraising numbers proved California Democrats were beginning to jump ship, Bishop said that is probably not the case.

“America is not exhausted or fatigued of Trump, but rather remains as divided on him as they were when he won in 2016,” he said. “Skeptical conservatives seem more willing to support an administration that has delivered in a big way on both economic and social issues.”