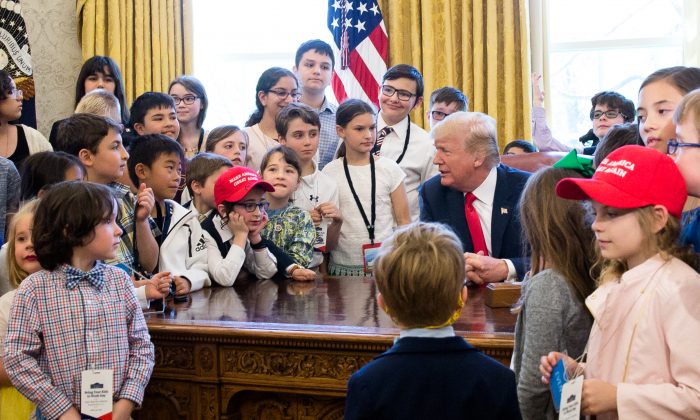 President Donald Trump is surrounded by the children of press and staff during 'Take your Daughters and Sons to Work Day' in the Oval Office in Washington on April 26, 2018. (Samira Bouaou/The Epoch Times)
Trump Administration

PHOTOS: Trump Invites the Children of Media and Staff to Oval Office

“Honestly, the children ask me better questions, if you want to know the truth,” Trump joked. “Your parents are being very nice right now, I can’t believe it! Because they don’t want to embarrass themselves in front of you. You understand that? They’re being so nice I can’t believe it.”

Earlier in the day,White House Press Secretary Sarah Sanders held a “press briefing” with the children, taking their questions.