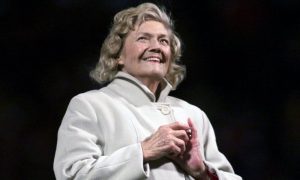 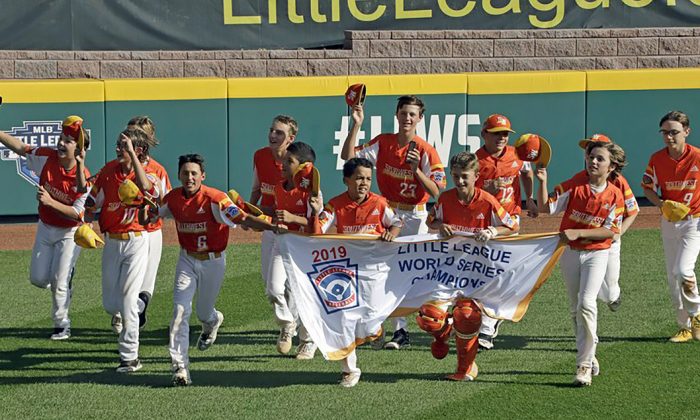 President Trump extended a special invitation to the 2019 champions of the Little League World Series to visit him in Washington on Aug. 25.

“Congratulations to Louisiana’s Champions,” the president said on Twitter. ” See you at the White House.”

Congratulations to Louisiana’s Champions. See you at the White House! https://t.co/Qadi7uD5U4

The invitation came just 95 minutes after House Whip Steve Scalise (R–La.) declared the Southwests the winners on social media and asked the president if the team could visit the White House.

“World champs! Congratulations to Louisiana’s River Ridge team on winning the Little League World Series (LLWS),” Scalise said on Twitter. “So proud of this history-making team—our first-ever LLWS champions. Way to represent the United States and Louisiana! Next up how about a trip to the White House, Donald Trump?”

“It felt like my glove was a magnet,” Wiltz said.

The team from the western suburbs of New Orleans clawed its way back from a potential losing position after dropping the opening game of the tournament to Hawaii. The Southwests won six games in eight days, making it the first team to win the LLWS after dropping its first game since the year 2001.

“People from New Orleans and Louisiana in general are very resilient type of people,” Southwests Manager Scott Frazier said. “This team exemplifies the resiliency that we have from the area that we come from.”

Frazier could feel the tide turn in his team’s favor after the Southwests won the first game of the tournament against Oregon. This victory set the club up for further wins against some of the tournament’s most challenging competitors including New Jersey, Virginia, Hawaii, and finally Curacao.

“Once we won that game (against Oregon), it was just a matter of getting on a roll,” Frazier said.

Pitcher Egan Prather threw 88 pitches over six innings, ending with a two hit shutout on Aug. 25. On the mound he achieved two victories and struck out 19 batters in more than 14 innings.

“It makes my job really easy to mix it up pitches when they can execute the pitches,” Frazier said. “Everything worked for him.”

Louisiana duo Reece Roussel and Marshall Louque slugged their way into the LLWS record book, with each smacking two doubles to finish with seven for the tournament, representing a new record.

In the fifth inning Roussel smacked a runs batted in (RBI) double, followed by Louque’s RBI single, his third hit of the day. Roussel finished with 17 hits, breaking the existing LLWS hits record of 14.

“We were going to get those guys, it was just a matter of time,” Frazier said. “We’ve been so locked in this whole time.”

Well deserved victory for Louisiana (Team Southwest), your 2019 #LLWS Champions!!! 🏆 Congratulations to Curacao (Team Caribbean) and all of the amazingly talented teams that competed leading up to and at the @LittleLeague World Series in Williamsport! 🎉🏟🏆 #LLWS pic.twitter.com/4pvDsIeqxu

The Curacao Caribbeans loaded the bases with one out but a sharp ground ball to Marshall at third base brought a force-out to the home plate. A few pitches later Jurdrick Profar, the youngest brother of Oakland A’s infielder Jurickson Profar, got thrown out after trying to score on a wild pitch.

“Once I got that out, I knew I was settled in,” Prather said.

For the Southwests, the victory still seems hard to believe.

“I can’t process it,” Frazier said. “This tournament started with approximately 7,700 teams and here we are with the best out of everybody, it’s just surreal.”

From the boot to the banner.