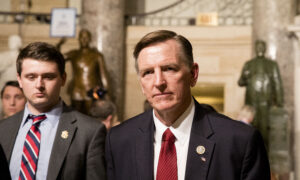 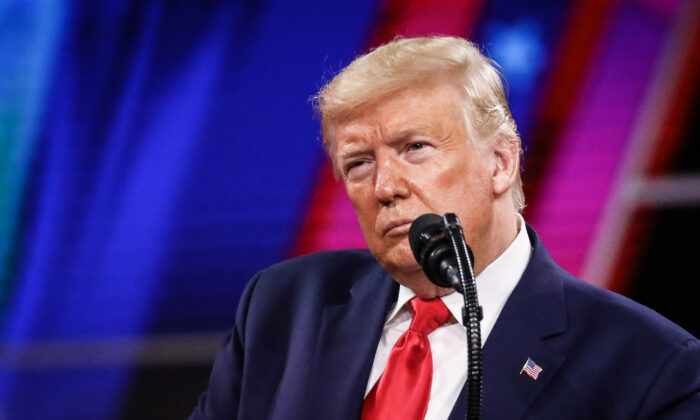 Former President Donald Trump has been invited to speak to the Conservative Political Action Conference in Florida next week, though it is not clear whether he has accepted the invitation.

“I’d love to see him come to CPAC,” Schlapp told the Washington Examiner.

An official close to the planning process told The Epoch Times that Trump was invited last year.

Trump told attendees during his speech at the 2020 conference: “God bless you. God bless America. And we will see you next year.”

Schlapp said he hopes having Trump speak will work out.

A social media post promoting the conference showed a picture of Trump.

Top conservatives regularly appear at the conference, which will take place in Orlando.

The venue is a change from the traditional Washington scene.

“We’re swapping D.C. lockdowns for sunshine and freedom,” CPAC said in a previous tweet. Schlapp said via Twitter that the conference “will be the place to be as conservatives plot, plan, and unite to defeat socialism in America.”

Trump lay low after leaving the White House last month as the Senate mulled whether to convict or acquit him on a charge of inciting an insurrection. Some lawmakers, primarily Democrats, believed Trump sparked the Jan. 6 storming of the U.S. Capitol, while defenders pointed out that Trump encouraged supporters in a speech that day to go to the Capitol but to do it “peacefully and patriotically.”

Trump was acquitted, with 43 Republicans siding with him and seven against him.

Trump said the GOP “can never again be respected or strong with political ‘leaders’ like Sen. Mitch McConnell at its helm” and said he would focus on backing “primary rivals who espouse Making America Great Again and our policy of America First.”