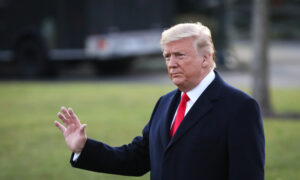 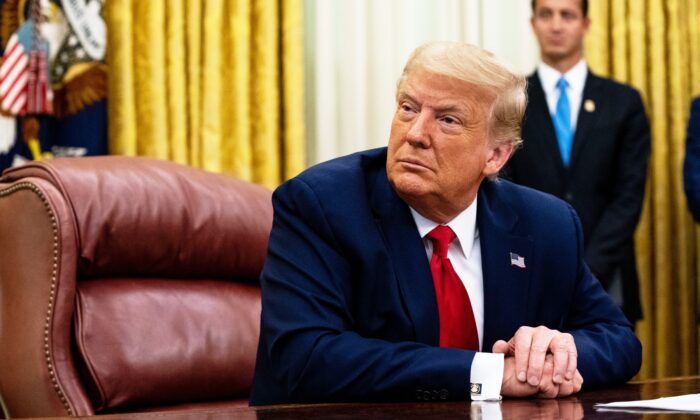 President Donald Trump addresses reporters in the Oval Office of the White House after receiving a briefing from law enforcement on "Keeping American Communities Safe: The Takedown of Key MS-13 Criminal Leaders" on July 15, 2020 in Washington. (Anna Moneymaker-Pool/Getty Images)
US News

President Donald Trump intends to challenge a subpoena for his tax records by criminal prosecutors despite a U.S. Supreme Court decision allowing the pursuit, his lawyers told a judge on July 15.

The president’s lawyers outlined the plans in a letter to a Manhattan federal judge overseeing the dispute over a subpoena issued to Mazars USA, Trump’s accounting firm, by District Attorney of New York County Cyrus Vance for tax records relating to Trump and his businesses in connection to a grand jury investigation.

Trump has been fighting Vance’s subpoena since September 2019, arguing that he enjoys absolute immunity from state-level criminal process under the Constitution. The district court denied Trump’s application for an injunction over the subpoena and dismissed the case in October. The 2nd Circuit also denied the president’s request for relief.

The president “may raise further arguments as appropriate” including whether the subpoena is too broad or whether it would “impede his constitutional duties,” Trump’s lawyers wrote in a joint filing made with the lower court judge on Wednesday, noting that Trump plans to file a complaint by July 27.

“The President intends to raise some or all of these arguments in his forthcoming Second Amended Complaint,” they wrote.

Lawyers for Trump argued that the case requires a more thorough factual record be developed by the two parties.

“The President should not be required, for example, to litigate the subpoena’s breadth or whether it was issued in bad faith without understanding the nature and scope of the investigation and why the District Attorney needs all of the documents he has demanded,” they wrote.

Trump’s lawyers may also argue that Vance, a Democrat, pursued the subpoena to harass the president or retaliate against his policies.

Vance has denied acting in bad faith and said the motives for a subpoena are not something courts should normally examine.

The federal government, which was also involved in the case, argued that a state grand jury subpoena for personal records of a sitting president should meet a higher standard of need.

But the Supreme Court ruled 7-2 (pdf) on July 9 that Trump does not have broad immunity from criminal probes while in the White House.

“No citizen, not even the President, is categorically above the common duty to produce evidence when called upon in a criminal proceeding,” Chief Justice John Roberts wrote on July 9.

“In our judicial system, ‘the public has a right to every man’s evidence,’” he wrote. “Since the earliest days of the Republic, ‘every man’ has included the President of the United States.”

Roberts noted that the Supreme Court and Court of Appeals’ decision only focused on the “absolute immunity and heightened need” arguments, and thus sent the case back to the lower courts so that the president may “raise further arguments as appropriate.”

U.S. District Court Judge Victor Marrero scheduled a hearing on the matter for July 16 for the parties to provide him with “potential areas for further argument” (pdf) in light of the Supreme Court ruling.