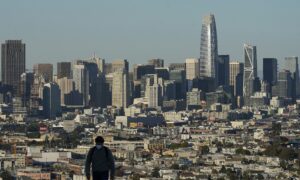 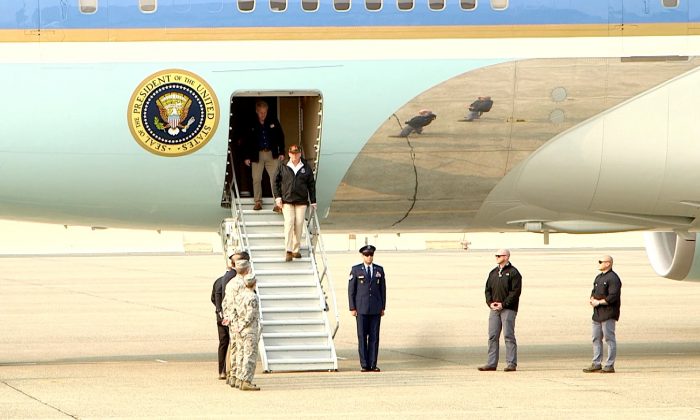 President Donald Trump arrived in northern California on the morning of Nov. 17 to visit the areas destroyed by the Camp Fire.

Trump’s visit started in Yuba County, California, where Air Force One landed at Beale Air Force Base in Marysville.

Shortly after landing, Trump and his team took off via helicopters to assess the damage done by the fire in the nearby areas.

Trump recently spoke to California Gov. Jerry Brown to offer his full support. The Major Disaster and Emergency Declarations issued by the president included providing up to 75 percent cost recovery for removing debris, conducting emergency activities, providing transitional sheltering, and so on.

The ongoing Camp Fire has destroyed over 12,000 structures in the town of Paradise and nearby regions in Butte County, and it has burned 148,000 acres, according to Cal Fire. So far, 71 people have died, and more than 1,000 remain unaccounted for.

According to Cal Fire, there are 5,632 fire personnel trying to contain the fire with 620 fire engines and 24 helicopters working around the clock. The fire was only 55 percent contained as of the morning of Nov. 17.

The local fire officials have said that all possible causes besides human activities have been ruled out for the fire, and authorities have announced a $10,000 reward for information leading to anyone responsible for the wildfire.