Robots With Ultraviolet Light Is Newest Weapon Against Coronavirus
0 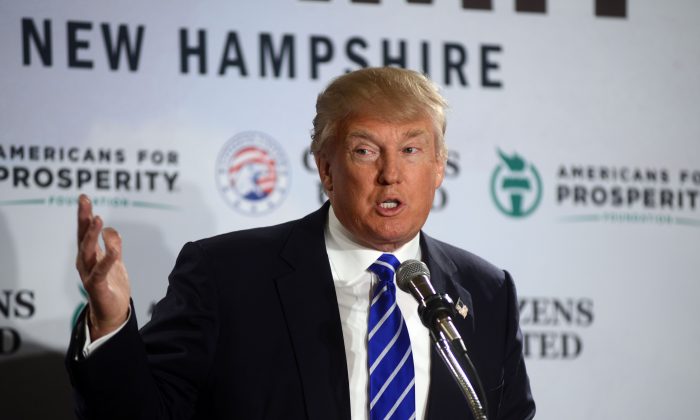 GOP presidential front-runner Donald Trump has frequently harped on the downsides of globalization and the need to stop the outsourcing of well-paid manufacturing jobs.

Trump has previously called for a tariff on Chinese products, and on Monday escalated his rhetoric further, promising to make Apple bring some of its manufacturing jobs back to the United States.

“We’re gonna get Apple to start building their damn computers and things in this country, instead of in other countries,” Trump said at a campaign rally at Liberty University, located in Virginia.

The idea is actually an old one for Trump. He’s made such suggestions as early as 2012.

“Wouldn’t it be a great thing if the new leader of Apple said we’re going to start building plants in the United States,” Trump said in an early 2012 interview with Fox News. “When 100 percent of Apple’s products–or virtually 100 percent–are made outside of this country, it’s pretty sad.”

Trump also emphasized the broader need to bring manufacturing jobs back to America.

“We need legislation that gives American companies the tax priorities and financial support to create more of their technology and redirect more of their manufacturing here at home,” he wrote in his campaign book, Crippled America.

Many pundits attribute the economic stagnation of lower-middle class Americans as one of the factors in Trump’s meteoric rise. A Pew report found that inflation-adjusted wages for the median worker have stayed constant for nearly 40 years, and the promise of limiting immigration, along with passing new tariffs, appears to be a popular solution for fixing the status quo.

An Economic Policy Institute report found that 3.2 million U.S. jobs were lost or displaced between 2001 and 2013 due to the trade deficit with China. Three-fourths, or 2.4 million, were in manufacturing. Apple’s products, including the iPhone 6, are manufactured by Foxconn and other companies abroad, though Apple’s product design and other high wage jobs are based in the U.S.