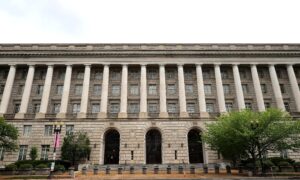 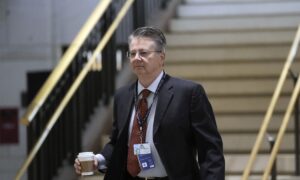 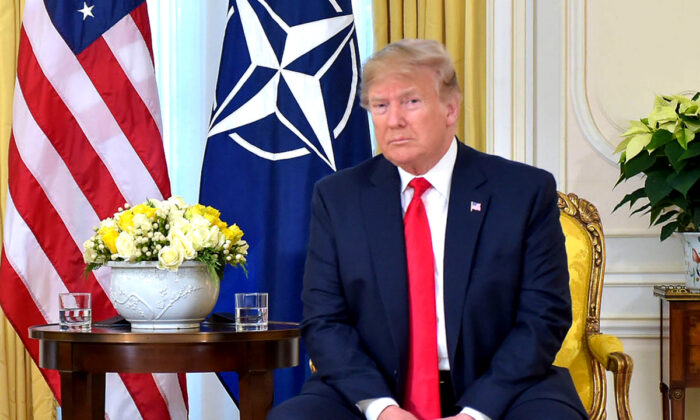 President Donald Trump ahead of the NATO meeting in Watford, England, on Dec. 3, 2019. (NATO handout via Getty Images)
Trump Administration

President Donald Trump said that the report from the Department of Justice’s inspector general showed the FBI “fabricated evidence” and “lied to the courts.”

“They fabricated evidence and they lied to the courts,” Trump continued. “This was an attempted overthrow and a lot of people were in on it, and they got caught.”

Speaking at the behest of Trump, former Florida Attorney General Pam Bondi said, citing her experience in law enforcement, that “the American people should be terrified that this could happen to you.”

Most of the FBI agents and officials who were part of the major errors have left the agency or been removed from their positions, FBI Director Christopher Wray told Horowitz in a letter also released on Monday. The same is true with the Department of Justice.

Horowitz concluded that the investigation into the Trump campaign was properly predicated because of “the low threshold for predication” in existing guidelines, citing the conversation between Trump campaign aide George Papadopoulos and Alexander Downer, an Australian official who reported the conversation to American counterparts.

U.S. Attorney John Durham, who is conducting an investigation into whether the surveillance of the Trump campaign in 2016 was free of improper motives, is still conducting that probe.

He said in a statement that Horowitz’s report was necessarily limited to within the Department of Justice. His is not, and has included developing information outside the country.

“Based on the evidence collected to date, and while our investigation is ongoing, last month we advised the Inspector General that we do not agree with some of the report’s conclusions as to predication and how the FBI case was opened,” he said.

“It is also clear that, from its inception, the evidence produced by the investigation was consistently exculpatory. Nevertheless, the investigation and surveillance was pushed forward for the duration of the campaign and deep into President Trump’s administration. In the rush to obtain and maintain FISA surveillance of Trump campaign associates, FBI officials misled the FISA court, omitted critical exculpatory facts from their filings, and suppressed or ignored information negating the reliability of their principal source. The Inspector General found the explanations given for these actions unsatisfactory,” he added.