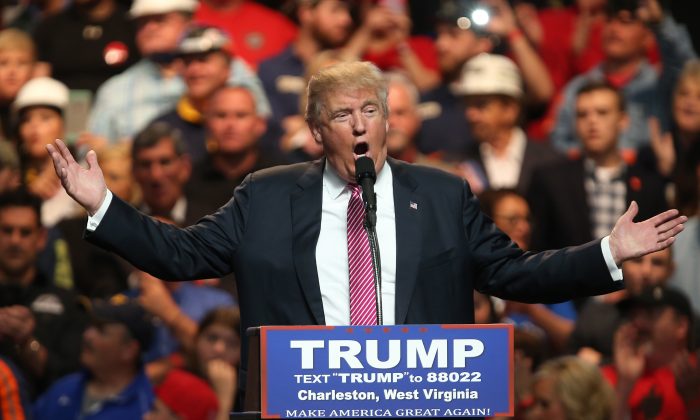 Trump: I Would Personally Negotiate With North Korea

GOP front-runner Donald Trump said Tuesday, May 17, that he would be willing to personally negotiate with the leader of North Korea, Kim Jong Un, regarding the country’s nuclear weapons program.

“I would speak to him, I would have no problem speaking to him,” Trump said of Kim, Reuters reports.

Trump didn’t disclose a specific course of action, but said that pressuring China would play a major role in the matter.

“I would put a lot of pressure on China because economically we have tremendous power over China,” Trump said.

If Trump were to meet with Kim, it would be a departure from existing U.S. policy, where president Obama delegates meetings with the North Korean leader to senior officials in his administration.

Tensions between North Korea and its neighbors have mounted in recent months as the regime continues to test its ballistic missiles, putting Japan and South Korea on alert.

In April, U.S. officials said that North Korea was experimenting with mobile ballistic missiles that could have the potential to hit parts of the continental United States, CNN reports.