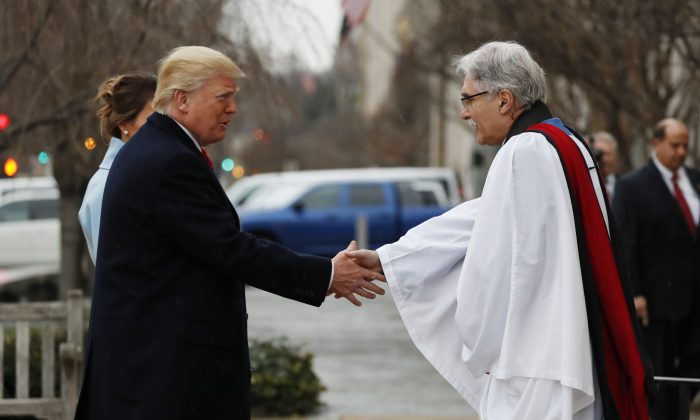 Rev Luis Leon greets President-elect Donald Trump and his wife Melania as they arrive for a church service at St. John’s Episcopal Church across from the White House in Washington on Jan. 20, 2017, on Donald Trump's inauguration day. (AP Photo/Alex Brandon)
US

Trump Heading to Church, Then to See Obama

Trump and his wife, Melania, stepped out of the government guest house next to the White House just after 8:30 a.m. and took a motorcade for the short drive to St. John’s Episcopal Church.

After the service, they’ll head to the White House to be greeted by President Barack Obama.