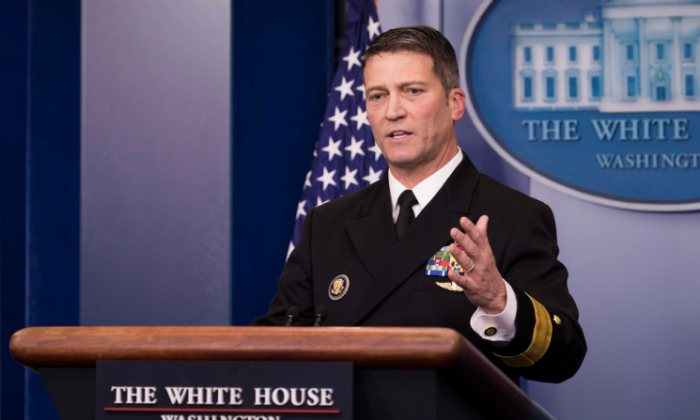 The recently-released results of President Donald Trump’s medical exam had some people wondering how the country’s chief executive stays so vigorous despite a diet that includes McDonald’s, Diet Coke, and fried chicken.

This was the question that ABC News reporter Jonathan Karl asked of White House Doctor Ronny Jackson on Tuesday.

“Can you explain to me how a guy who eats McDonald’s and fried chicken and all the Diet Cokes and who never exercises is in as good of shape as you say he’s in?” Karl asked.

Jackson summed up his answer in just three words.

“It’s called genetics,” the doctor said. “Some people just have great genes. I told the president that if he had a healthier diet over the last 20 years he might live to be 200 years old. I don’t know. He has incredible genes I just assume.”

Jackson reported on the result of the president’s comprehensive medical exam on Tuesday. The doctors said that the president is in excellent health.

“He’s very healthy despite those things. I don’t think he does that anymore,” Jackson said, referring to the president’s preference for fast food on the campaign trail. “He’s eating what the [White House] chefs are cooking for him and they’re cooking a much healthier diet for him now.”

In addition to a battery of physical assessments, Trump also requested that the doctors have him take a cognitive exam. The president scored 30 out of 30 on the Montreal Cognitive Assessment, Jackson reported.

The Navy doctor spent nearly an hour answering reporters’ questions. At the request of the president, Jackson remained at the podium until all the questions were answered. The doctor also said that he disclosed the complete results of the exam, with nothing withheld.

Jackson reported normal results on an array of tests. The president has an above average capacity for physical exercise.

Jackson will work with the president to lose 10-15 pounds over the next year using a combination of diet and exercise.

“He’s more enthusiastic about the diet part than the exercise part, but we’re going to do both,” Jackson said.