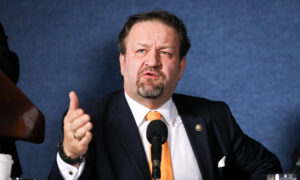 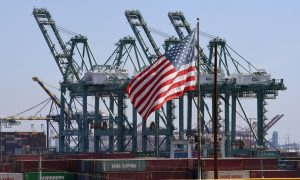 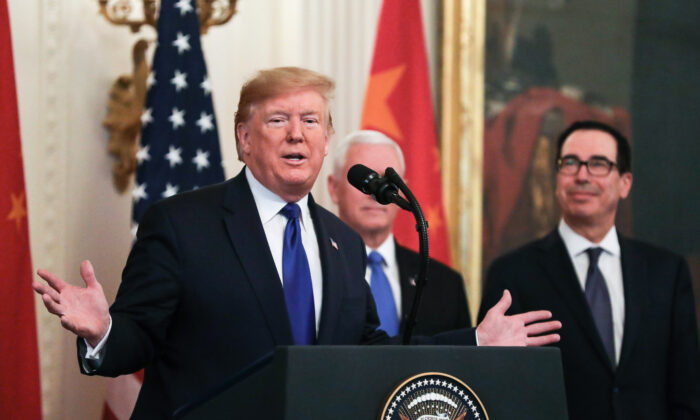 President Donald Trump and cabinet officials during the signing of phase one of a trade deal with China in the East Room of the White House in Washington on Jan. 15, 2020. (Charlotte Cuthbertson/The Epoch Times)
Viewpoints

Trump Has Been Right on China All Along 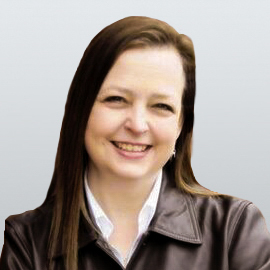 History, it is said, records American presidents’ legacies with a single line—Washington was the father of our country, Lincoln freed the slaves, FDR ended the Depression and won the war. It is increasingly clear that President Trump’s one-line legacy will relate to his proper handling of China.

Given the events of the past several months, and Sunday night’s attempt by Chinese Ambassador Cui Tiankai’s to obfuscate the facts about the CCP’s response to the Chinese coronavirus during an interview by Jonathan Swan on Axios on HBO Sunday night, it has become even more clear, Trump was right about the threat posed, from the very beginning, by the Chinese Communist Party (CCP).

Back in the 1980s, when he was a budding tycoon, Trump was arguing for a pro-America policy that put the interests of American workers first, despite the determination of the American political and financial elites to engage in pro-China trade policies that, in the pursuit of profits, forced America’s workers into the backseat. Trump argued loud and long that such policies would be a long-term detriment to America’s workers and, therefore, to America itself. He was right.

Even as he warned of the threat posed by those pro-China policies, he warned of the hollowing out of America’s manufacturing base. Offshoring such concerns to places where labor costs and regulatory costs were significantly lower could raise profits, but at what cost to the foundations of our national security? During World War II, our forebears famously transformed manufacturing plants designed to produce consumer goods into plants that churned out the weapons of war and made America the “arsenal of democracy.” The thing was, they had those plants here in America to transform. Today, most of those plants are long gone. Many are now found in China, where they manufacture products we need. Sure, it saves us a bit of money when all is well, but, again, at what cost to the national security? As our own supply of medicines is threatened, we can see the cost, and it is not small.

The coronavirus epidemic has exposed the threat of the CCP and has reminded the world of the failings of Communism.

Throughout this crisis, the CCP has displayed one of the characteristic features of Communism—a disregard for the value of human life. When Li Wenliang, the Chinese doctor who had contracted coronavirus, engaged in the heroic act of warning fellow doctors about the true scope of the virus, the government took the familiar Communist approach. The CPP cracked down on him, forcing him to sign a written confession disavowing his statements. He died, an inconvenience to the regime.

In Sunday night’s interview, when Jonathan Swan asked the Ambassador about why they continued to say no human to human transmission into January even though Zhao Jianping, a pulmonologist, warned the Wuhan CDC about human to human transmission in December, he replied, “You and I, we’re not medical doctors. I don’t think we are in the best position to discuss all the technical things.”

For the CCP, the spin doesn’t stop! The CCP, further, reminds us that Communism is built on a foundation of lies and obfuscation, and that lying is an entrenched part of the system. Hannah Arendt observed in her book, “The Origins of Totalitarianism,” that totalitarian regimes have a remarkable ability to “conjure of a lying world of consistency” that better serves the regime’s purpose than any truth ever could. Zhao Lijian, a Chinese official, is the spokesperson for one such Big Lie—that the coronavirus originated in the United States and was, in fact, a lethal project of the U.S. military.

Finally, we see through this pandemic that, like all Communist regimes, the CCP is an unreliable partner—in any endeavor. Trump has been consistently right to challenge our reliance on an untrustworthy partner. The Chinese government’s first instinct when coronavirus hit was to cover it up. Journalists from The Washington Post, The New York Times, and The Wall Street Journal were kicked out of the country as a preventive measure. The effect of this insidious government-led cover-up was that the virus got a significant running start. Before Western scientists could study it. Before global travelers could adjust their plans. Before the world could react. Because, let’s not forget, Communist regimes think they know best.

While scientists study the virus and come up with vaccines and therapeutics, the free world should use this time to study the nature and DNA of Communism. President Trump is already way ahead and deserves credit for his decisive moves to protect the United States from both the coronavirus and the infectious ill effects of Communism.

Jenny Beth Martin is the Honorary Chairman and co-founder of Tea Party Patriots, the largest and most effective national umbrella group within the Tea Party movement.