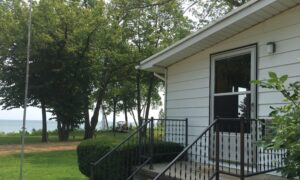 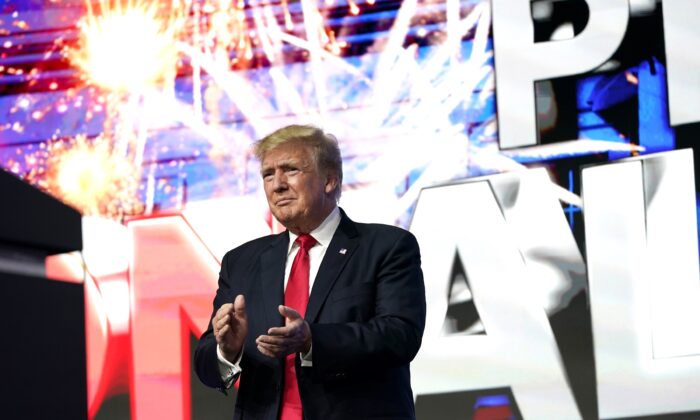 Speaking at an event in Phoenix called “Rally for Election Integrity,” Trump said the state Senate did the right thing when it authorized an audit of the county, a process that’s still ongoing.

“We will fight for truth, transparency, and accountability, and we will not stop until we have restored our American birthright of honest, free, and fair elections,” he said in his speech. “We’re gathered here in Phoenix to show our support for election integrity and for the brave and unyielding conservative warriors in the Arizona state Senate.”

Trump praised Arizona Republican Party Chairwoman Kelli Ward, who has frequently posted about alleged election fraud since last November, describing her as someone who is “really a fighter.”

Trump, who has clashed with the Arizona governor in the past, noted that he wouldn’t be supporting Ducey in the future.

“He’s not getting my endorsement.”

“Hopefully, he’s going to do what everybody knows has to be done,” Trump said, referring to Brnovich.

Brnovich and Democrat Secretary of State Katie Hobbs are currently embroiled in a battle over whether to investigate and prosecute alleged voter fraud in the state. After Brnovich issued a request to Hobbs’s office, she responded in turn by saying that the attorney general should investigate state Republican Rep. Mark Finchem.

President Joe Biden became the first Democratic presidential candidate to be certified as the winner of Arizona’s election since 1996, defeating Trump by less than 1 percentage point. Biden also defeated Trump in Maricopa County, the most populous county in the state, by about 2 percentage points.

Brnovich’s office didn’t respond to a request by The Epoch Times for comment by press time.