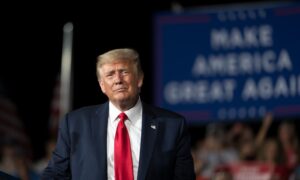 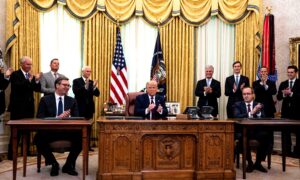 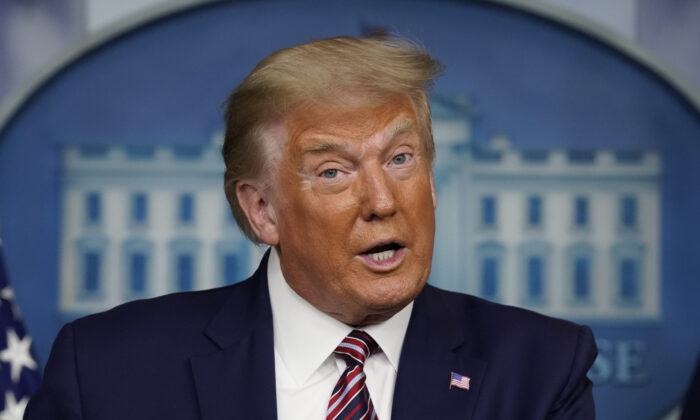 The nomination is based on the so-called Trump doctrine, or the president’s approach to foreign policy, David Flint, one of the professors, said on Sept. 28.

“The ‘Trump doctrine’ is so extraordinary, as so many things that Donald Trump does, he’s guided by two things which seem to be absent from so many politicians. He has firstly common sense. And he is only guided by a national interest, and therefore, in our circumstances, an interest in the Western alliance,” Flint said during a virtual appearance on Sky News.

“And what he has done with the Trump doctrine is he has decided that he would no longer have America involved in endless wars, wars which achieve nothing but the killing of thousands of young Americans and enormous debts imposed on America, and nothing solved in the countries in which it is carried on. So he’s reducing America’s tendency to get involved in any and every war.”

Flint also pointed to Trump’s unorthodox approach to the stalemate in the Middle East, where most countries refused to deal with Israel.

Several Arab states, including the United Arab Emirates (UAE), announced the normalization of relations with Israel this month, with all sides crediting Trump for his help in hammering out deals.

“What Donald Trump did was go against all advice, but he did it with common sense, he negotiated directly with the Arab states concerned and Israel and brought them together. And the states are lining up, Arab and Middle Eastern, to join that network of peace, which will dominate the Middle East,” Flint said.

Flint also cited how Trump has “calmed tensions in relation to Korea” and withdrew from the Iran nuclear agreement and the Paris climate agreement as reasons to nominate him for the prize.

Trump was nominated earlier in September by a Norwegian lawmaker, who cited the UAE–Israel deal, and by a Swedish lawmaker, who pointed to the Trump-brokered Kosovo–Serbia agreement.

Asked about the nominations and whether he could extend his efforts to China, Trump recently told reporters that he was honored and he would be open to working with China and India.

“I know that China now, and India, are having difficulty, and very—very substantial difficulty. And hopefully they’ll be able to work that out. If we can help, we’d love to help,” he said.

In a separate statement, the White House said the Middle Eastern peace deals were “a testament to the bold diplomacy and vision of President Trump, and he is honored to be considered by the Nobel Committee.”

The nominations are for the 2021 prize, as nominations have closed for this year’s prize.