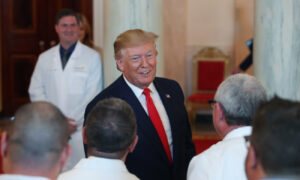 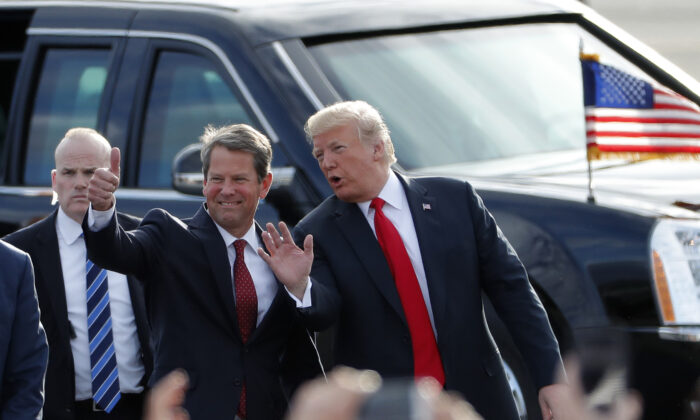 Kemp, a Republican, “should resign from office,” Trump tweeted. “He is an obstructionist who refuses to admit that we won Georgia, BIG! Also won the other Swing States,” added Trump, calling on people to watch “hearings from Atlanta on the Georgia Election overturn now being broadcast.”

Trump’s lawyers in recent weeks have called on Georgia’s state legislature to certify the GOP slate of electors, presenting evidence of voter fraud in a series of hearings.

Georgia’s secretary of state, Brad Raffensberger, said on Tuesday that a “signature audit” of Cobb County found there were no illegal absentee ballots cast in the state.

Hearings from Atlanta on the Georgia Election overturn now being broadcast. Check it out. @OANN @newsmax and many more. @BrianKempGA should resign from office. He is an obstructionist who refuses to admit that we won Georgia, BIG! Also won the other Swing States.

The state did not perform the audit of Fulton County, which includes the capital and most populous city of Atlanta. Trump’s legal team presented surveillance video footage captured at the State Farm Arena in Fulton County on the night of Nov. 3 that showed election workers telling poll observers and other vote-counters to leave for the night before they began counting again. Minutes after the others left, the same election workers rolled out containers with ballots and appeared to count them without poll observers watching.

Meanwhile, Kemp has said he will not call a General Assembly to allow the legislature to hold hearings on election fraud claims. State senators said they didn’t need his approval to do so.

“While we understand four members of the Georgia Senate are requesting the convening of a special session of the General Assembly, doing this in order to select a separate slate of presidential electors is not an option that is allowed under state or federal law,” Kemp said in a joint statement with Republican Lt. Gov. Geoff Duncan earlier this month.

Kemp said that “the legislature could only direct an alternative method for choosing presidential electors if the election was not able to be held on the date set by federal law,” adding that “any attempt by the legislature to retroactively change that process for the Nov. 3 election would be unconstitutional and immediately enjoined by the courts.”

The Constitution, however, provides state legislatures with the ability to certify elections, according to some legal experts.