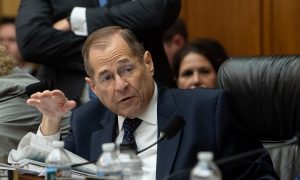 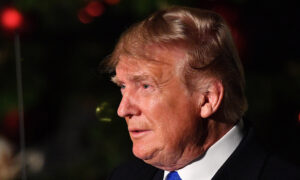 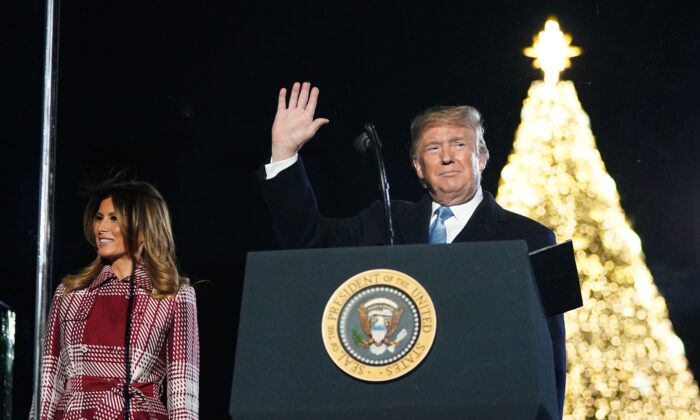 President Donald Trump and First Lady Melania Trump take part in the annual lighting of the National Christmas tree on The Ellipse in Washington on Dec. 5, 2019. (Mandel Ngan/AFP via Getty Images)
Trump Presidency

President Donald Trump on Dec. 5 gave First Lady Melania Trump the task of pushing the button to switch on the 2019 National Christmas Tree in Washington.

The president and his wife attended the annual spectacle on Thursday night on the Ellipse just outside the White House to mark the holiday season.

He began by thanking staff for putting the event together, before delving into the ceremony’s background and the history of Christmas.

“More than 2,000 years ago, a brilliant star shone in the East,” Trump began.

“Wise men traveled far, far, afield—I mean they were a long distance away—and they came and they stood with us under the star, where they found the holy family in Bethlehem. As the Bible tells us, when the wise men had come into the house, they saw the young child with Mary, his mother, and fell down and worshiped him,” the president continued.

“Christians give thanks that the son of God came into the world to save humanity. Jesus Christ inspires us to love one another with hearts full of generosity and grace.”

“Melania and I would like to wish you a very, very merry Christmas,” Trump then told those in attendance. “So we’ll count down to five to that very special number.”

After counting down from five to one, the first lady—dressed in a red and white plaid coat tied at the waist—hit the switch, illuminating the large Christmas tree with speckled white lights.

Meanwhile, a rendition of “We Wish You a Merry Christmas” was performed by a band in the background, followed by several performances from various music artists.

The event was attended by hundreds of people who swarmed to catch a glimpse of the pair and witness the switching on of the lights.

Lawmakers were among the guests in attendance—Rep. John Ratcliffe (R-Texas.), Mark Meadows (R-N.C.), and Rep. Jim Jordan (R-Ohio), who were seated front row, as well as Secretary of the Interior David Bernhardt, the Hill reported.

Country singer Jessie James Decker was host of the Christmas event, while “American Idol” singer Colton Dixon, and “The Voice” participants Spensha Baker and Cheval Shepherd made a special appearance.

Trump’s attendance on Thursday at the National Christmas Tree lighting marked the 96th year a president participated—the first being in 1923, when a 48-foot Balsalm Fir on the Ellipse was lit by then-President Calvin Coolidge on Christmas Eve.

It was Trump’s third time counting down the crowd for the special occasion on the Ellipse.

Meanwhile the White House has been decorated for Christmas with the chosen theme of “The Spirit of America.”

Decorations, including 58 Christmas trees, more than 15,000 bows and more than 2,500 strands of lights were unveiled by the first lady earlier this week.