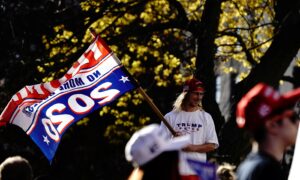 President Trump has filed a lawsuit against election officials and leaders in Wisconsin. The suit is asking the court to declare a number of alleged constitutional violations by defendants.

It asks the court to forward the matter to the state legislature ahead of the Electoral College vote.

According to Article II, Section 1.2, the Constitution allows the state legislature to select delegates to the Electoral College.

The lead counsel in the suit, Bill Bock, said in a statement that in Wisconsin and other battleground states, “the rules of the election were changed at the last minute and guardrails against fraud were simultaneously lowered.”