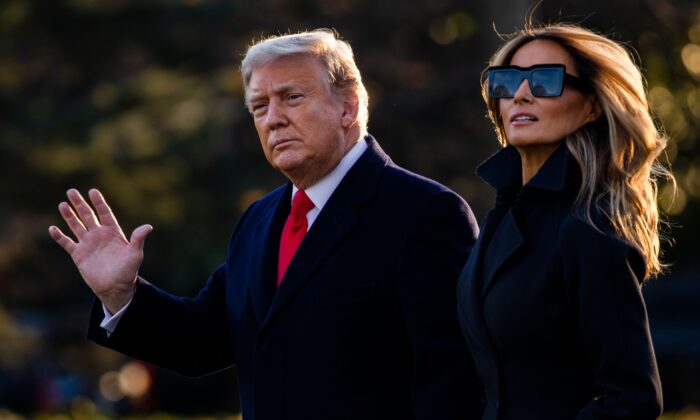 Former President Donald Trump’s lawyers on Sept. 12 urged a federal judge to reject the Department of Justice’s bid to continue reviewing documents that were taken during the FBI raid of Mar-a-Lago.

Trump’s lawyers argued that the materials that were taken by FBI agents on Aug. 8 may not be classified. While he was president, Trump had broad latitude in declassifying documents and has a “right to access” any presidential records whether they are classified or declassified, the attorneys added.

“In what at its core is a document storage dispute that has spiraled out of control, the Government wrongfully seeks to criminalize the possession by the 45th President of his own Presidential and personal records,” Trump’s team wrote (pdf) to federal Judge Aileen Cannon, a Trump appointee.

Last week, Cannon sided with Trump and ordered that a special master be appointed to review the materials that were taken during the raid. A special master is generally a retired judge or prosecutor who is named to act as an independent arbiter on the court’s behalf.

When FBI agents arrived in August, they took 11 sets of allegedly classified documents from Mar-a-Lago, asserting that some were marked “top secret.” Department of Justice (DOJ) prosecutors also alleged the empty folders that had classified markings were found during the raid, and in one court filing, they included a photo that showed several documents scattered on the floor, some marked ‘TOP SECRET.”

Prosecutors further said that there is a likelihood that “improperly stored classified information may have been accessed by others and compromised,” which is a “core aspect” of the investigation.

The DOJ last week submitted its request (pdf) for a stay of portions of Cannon’s order pending an appeal to the 11th Circuit Court of Appeals. When Cannon issued her order, she also halted any use of materials for the DOJ’s investigation but stipulated the Intelligence Community assessment could continue.

As it stands, the Florida judge’s order risks “irreparable harm to our national security and intelligence interests” by allegedly undermining the Intelligence Community’s efforts to review the materials.

On Sept. 12, Trump’s lawyers argued that Mar-a-Lago, a sprawling resort and golf club located in Florida, is a secure facility.

Mar-a-Lago is a “secure” company with “controlled access” that was “utilized regularly to conduct the official business of the United States during the Trump Presidency, which to this day is monitored by the United States Secret Service,” his team noted.

His team asserted that as president, he “enjoys absolute authority under the Executive Order to declassify any information” and there is “no legitimate contention that the Chief Executive’s declassification of documents requires approval of bureaucratic components of the executive branch.”

“Yet,” the lawyers added, “the Government apparently contends that President Trump, who had full authority to declassify documents, ‘willfully’ retained classified information in violation of the law. Moreover, the Government seeks to preclude any opportunity for consideration of this issue.”

Trump has said on social media and in interviews that he declassified a range of materials while he was president. At one point, he pointed to a memorandum that he issued on his final day in office that declassified certain documents relating to the FBI’s Crossfire Hurricane investigation.