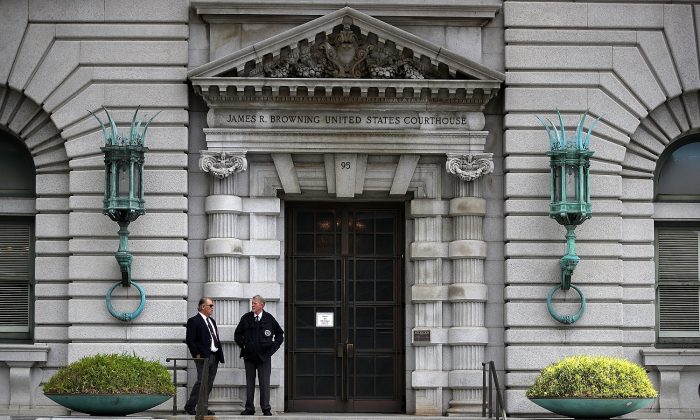 President Donald Trump has an opportunity to breathe conservative air into the halls of the notoriously left-leaning Ninth Circuit Federal Court of Appeals. But the job may prove challenging.

Trump has run into his share of problems with the court, which, among other things, blocked his executive order to pause immigration from terrorism- and war-stricken countries. The order was reinstated by the Supreme Court, but not before significant delays.

“It just shows everyone how broken and unfair our Court System is when the opposing side in a case (such as DACA) always runs to the 9th Circuit and almost always wins before being reversed by higher courts,” Trump wrote on Twitter on Jan. 10.

It just shows everyone how broken and unfair our Court System is when the opposing side in a case (such as DACA) always runs to the 9th Circuit and almost always wins before being reversed by higher courts.

The Supreme Court has reversed over 78 percent of Ninth Circuit decisions sent its way between 2007 and 2016, based on data collected by SCOTUSblog. Only the Sixth and Eighth Circuits top such a reversal rate. Most of the Ninth’s decisions, however, never make it to the Supreme Court and remain in place.

The San Francisco-based court is the largest in the country, with 29 active judges, and has a reputation for some far-left opinions.

“It has, for example, ruled in recent years that the 2nd Amendment does not confer the right to carry a concealed weapon and that undocumented immigrants who are arrested have a constitutional right to a bond hearing,” wrote Ben Feuer, chairman of the California Appellate Law Group, in a Los Angeles Times op-ed.

A court’s political leaning is commonly appraised by the ratio of judges appointed by presidents of either party. The Ninth Circuit stands at 16 Democrat-appointed and 6 Republican-appointed.

The court’s left-leaning history dates back to 1970s as its expansion allowed President Jimmy Carter, a Democrat, to appoint 15 judges. President Bill Clinton then restocked the bench with 14 judges, while Presidents George W. Bush and Barack Obama picked seven each.

Trump now has a chance to fill seven vacancies. So far, he’s nominated two judges. In addition, one more judge is set to retire in August. Unfortunately for Trump, it’s Norman Randy Smith, a Republican.

“[T]he Ninth Circuit would suddenly become a very different animal,” wrote Ilya Shapiro, a senior fellow in constitutional studies at the libertarian Cato Institute, in an article for National Review.

Also, Senators from the state where the nominee resides can ask the committee’s chairman to reject the nominee through a so-called “blue slip,” though this is an informal courtesy and the chairman, currently Chuck Grassley (R-Iowa), retains the option to break with the tradition.

The midterm elections scheduled on Nov. 6 may also mix up the odds as nine Republican-held, 24 Democrat-held, and two independent-held Senator seats are up for grabs.

“It really depends on whether the Republicans keep the Senate in November,” Erwin Chemerinsky, dean of the UC Berkeley School of Law, told Fox News. “If they do, I think ultimately Trump will get his picks through unless they are unqualified or very objectionable. But if the Democrats take the Senate in November, I think it will be very difficult for him to get anyone confirmed.”