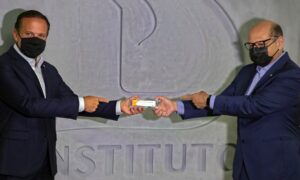 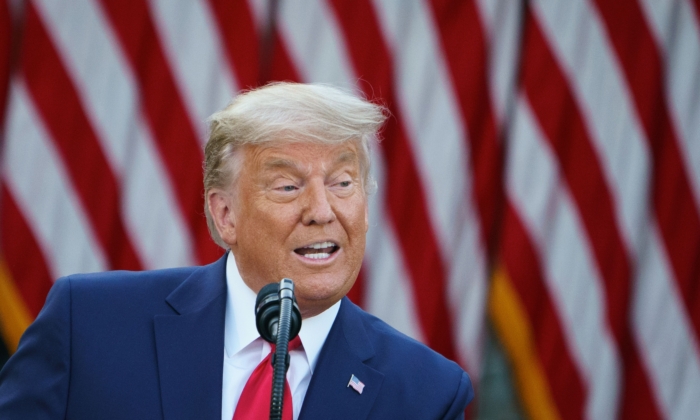 President Donald Trump delivers an update on "Operation Warp Speed" in the Rose Garden of the White House in Washington, on Nov. 13, 2020. (Mandel Ngan/AFP via Getty Images)
NY News

President Donald Trump said that New York might get the coronavirus vaccine later than other states because Gov. Andrew Cuomo has suggested that the Empire State may not begin using the drug right away.

Trump wrote on Twitter on Nov. 14: “I LOVE NEW YORK! As everyone knows, the Trump Administration has produced a great and safe VACCINE far ahead of schedule. Another Administration would have taken five years. The problem is, [Cuomo] said that he will delay using it, and other states WANT IT NOW.”

He added: “We cannot waste time and can only give to those states that will use the vaccine immediately. Therefore the New York delay. Many lives to be saved, but we are ready when they are. Stop playing politics!”

Trump singled out New York on Nov. 13 during a press conference on the administration’s Operation Warp Speed initiative designed to rapidly distribute a vaccine for the CCP (Chinese Communist Party) virus, commonly known as the novel coronavirus. Cuomo “will have to let us know when he’s ready for it because otherwise, we can’t be delivering it to a state that won’t be giving it to its people immediately,” the president said.

Cuomo has repeatedly doubted the efficacy of a vaccine developed under the Trump administration. He claimed on CNN on Nov. 13 that while Americans trust the companies developing versions of the vaccine, they are wary that the approval process has been politicized.

“We are in a situation now where half the people in the country are saying, ‘I don’t know if I should trust the vaccine,'” Cuomo said.

He told ABC last week that he was talking to other governors about fixing or stopping the president’s vaccine distribution plan. In September, the governor formed an independent board to review the efficacy and safety of a COVID-19 vaccine. California, Washington, Oregon, and Nevada have since taken up similar efforts.

Pfizer announced on Nov. 9 that early data from a late-stage study shows its vaccine to be 90 percent effective at preventing a CCP virus infection.

In July, the U.S. government reached a deal with Pfizer and BioNTech, agreeing to pay $1.95 billion for the first 100 million doses of BNT162, the companies’ vaccine candidate. The deal is contingent upon approval or emergency use authorization from the Food and Drug Administration, which is pending.