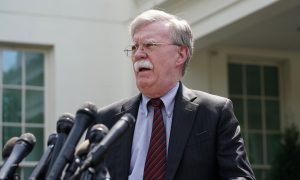 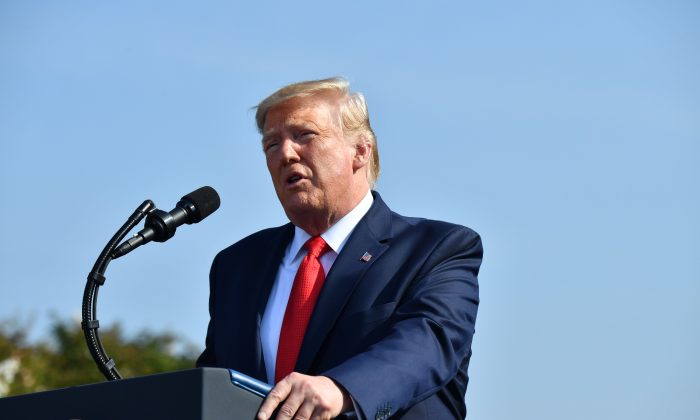 Trump Explains Why He Dismissed Bolton, Gives Timeline for Replacement

Trump spoke about the dismissal on Wednesday, Sept. 11 in the Oval Office, telling reporters:  “John wasn’t in line with what we were doing.”

One example, the commander-in-chief said, was when Bolton suggested using “the Libyan model” in dealing with North Korea.

“And frankly he wanted to do things—not necessarily tougher than me. John’s known as a tough guy. He’s so tough he got us into Iraq. That’s tough. But he’s somebody that I actually had a very good relationship with, but he wasn’t getting along with people in the administration who I consider very important. I hope we’ve left in good standing, maybe we have and maybe we haven’t. I have to run the country the way we’re running the country.”

He circled back to the comment about the model when he was asked about Bolton later, saying it set back the administration “very badly.”

“The Libyan model—what a disaster … And he’s using that to make a deal with North Korea? And I don’t blame Kim Jong Un for what he said after that. And he wanted nothing to do with John Bolton. And that’s not a question of being tough, that’s a question of being not smart saying something like that,” Trump said.

He also said he disagreed with Bolton “on his attitudes on Venezuela.”

Vice President Mike Pence and Trump both spoke out last year after Bolton’s comments about the negotiations with North Korea following the way the United States interacted with Libya around 14 years ago.

“The Libyan model isn’t a model that we have at all,” Trump said at the time during an Oval Office meeting. “We decimated that country.”

“You know, there was some talk of the Libyan model last week. And as the president made clear, this will only end like the Libyan model ended if Kim Jong Un doesn’t make a deal,” Pence said during an appearance on Fox News.

“We have a lot of good people who want that position,” Trump said on Wednesday, before adding that the replacement would be named soon.

“So I wish John the best … I’m sure he’ll do whatever he can do to spin it his way. John came to see me the night before … and he sat right in that chair and I told him John, there are too many people, you’re not getting along with people. And a lot of us, including me, disagree with some of your tactics and some of your ideas. And I wish you well, but I’d like you to submit your resignation and he did that.”