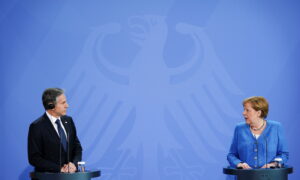 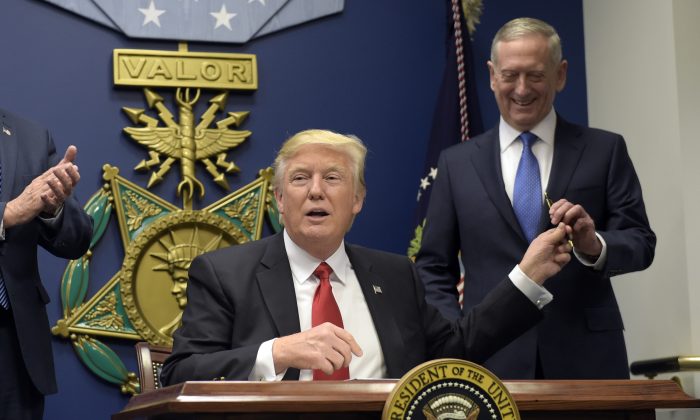 President Donald Trump (L) hands Defense Secretary James Mattis (R) a pen after he signed an executive action on rebuilding the military during an event at the Pentagon in Washington on Jan. 27, 2017. (AP Photo/Susan Walsh)
US

President Donald Trump says his crackdown on refugees and citizens from seven majority-Muslim countries “is not a Muslim ban.”

But confusion, worry and outrage boiled over Saturday as airlines blocked people from traveling to the United States and legal challenges were mounted.

Included is a 90-day ban on travel to the U.S. by citizens of Iraq, Syria, Iran, Sudan, Libya, Somalia and Yemen. The U.S. refugee program is suspended for 120-days.

Trump’s order imposed the most aggressive ban on Syrians, indefinitely blocking entry to the U.S. by anyone from that country, including those fleeing civil war.

“I think it’s going to be very successful,” Trump said of a new plan for ISIS. “That’s big stuff.”

The Department of Homeland Security has designated those seven countries as “countries of concern” for terrorist activity.