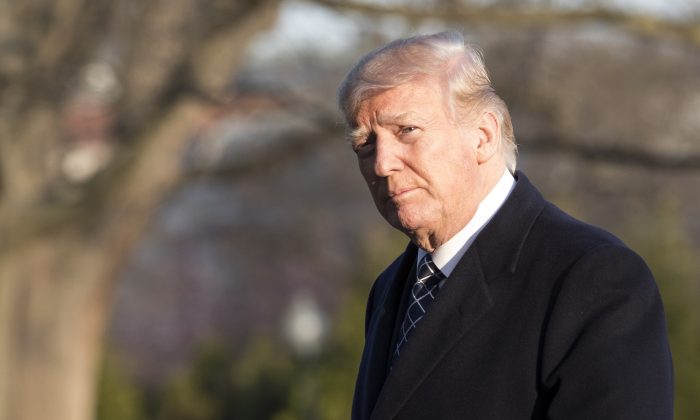 President Donald Trump ordered the expulsion of 60 Russian intelligence and shuttered the Russian consulate in Seattle in response to Russia’s alleged use of a military-grade nerve agent to attack a Russian ex-spy in the United Kingdom.

Germany, France, and Poland expelled four diplomats each. Lithuania, the Czech Republic, Italy, Latvia, Estonia, and Finland also announced expulsions. Ukraine, which is not a member of the EU, expelled 13 diplomats. In total, 100 Russians were expelled on Monday.

American authorities chose the Seattle consulate because it is located next to United States submarine bases and a Boeing plant, according to White House Press Secretary Sarah Sanders, who described the nerve agent attack as the latest in Russia’s “ongoing pattern of destabilizing activities around the world.”

Russia denies allegations that it is behind the UK attack.

“With these steps, the United States and our allies and partners make clear to Russia that its actions have consequences,” Sanders said. “The United States stands ready to cooperate to build a better relationship with Russia, but this can only happen with a change in the Russian government’s behavior.”

According to White House officials, 48 of the Russians expelled worked for the Russian embassy. Twelve others worked at the United Nations. All were given seven days to leave the country, Fox News reported.

Ex-Russian spy Sergei Skripal and his daughter were poisoned with a Soviet-made military-grade nerve agent on March 4. Both remain unconscious and in critical condition.

Trump had previously joined British Prime Minister Theresa May and the leaders of France and Germany to condemn Russia for the attack.

“It is an assault on the United Kingdom’s sovereignty and any such use by a state party is a clear violation of the Chemical Weapons Convention and a breach of international law,” the leaders said in a statement. “It threatens the security of us all.”

Russia denies having any role in the attack and said it will only cooperate with the investigation if UK authorities provide samples of the agent used in the attack. Chemical warfare experts say that Russia has no right to the samples.

“Russia has no right to have access to the samples,” Professor Alastair Hay, a chemical warfare expert from Leeds University, told EuroNews.

“I suspect, but may be wrong, that the UK would not want to run the risk of Russia investigating the samples and claiming it had either found nothing or something quite different. That would then develop into an unhelpful argument.”