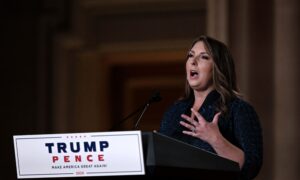 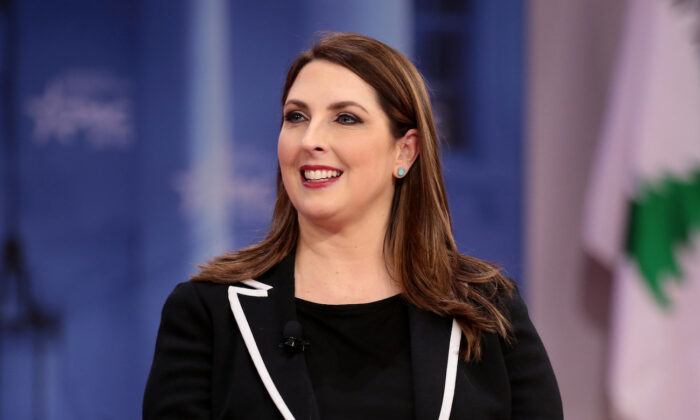 “I am pleased to announce that I have given my full support and endorsement to Ronna McDaniel to continue heading the Republican National Committee (RNC). With 72 MILLION votes, we received more votes than any sitting President in U.S. history—and we will win!” the president wrote on Twitter.

In November 2016, Reince Priebus, chairman of the RNC, accepted an offer to serve as Trump’s White House Chief of Staff. In December, the then-president-elect chose McDaniel to fill the seat left vacant by Priebus. She served as the deputy chair until her formal election on Jan. 19, 2017.

According to a 2018 study by the Journal of Politics, under McDaniel’s leadership, the RNC has consistently supported Trump and his policies. The committee ran ads for Trump’s reelection campaign as early as 2018, put a number of Trump campaign workers on the RNC payroll, covered for Trump’s legal fees in the Russia probe, and criticized Trump’s critics within the GOP.

When Rep. Mark Sanford, a Trump critic, lost a reelection bid, McDaniel wrote on Twitter that people who do not support Trump’s agenda “will be making a mistake.”

In April 2018, under McDaniel’s leadership, the RNC set up a website—www.LyinComey.com—critical of former FBI Director James Comey.

In 2018, McDaniel spent six hours every day making fundraising calls, according to The Washington Post. By July this year, the RNC had raised more than twice the funds of the Democratic National Committee.

More recently, the committee dispatched legal challenge teams to Arizona, Georgia, Michigan, Pennsylvania to ensure that votes in the 2020 election are counted accurately. The RNC is running a hotline to collect reports of voter fraud.

“Democrats and their friends in the media spent four years talking about a Russia hoax on the grounds of election integrity. Now with just 48 hours after polls closed in an actual presidential election, they want to ignore clear irregularities, rush to call states as won, and end the election,” McDaniel said in a statement. “We will not stand for that.”

McDaniel is part of the Romney family. She is the daughter of Scott Romney, the older brother of Sen. Mitt Romney (R-Utah).

On Sept. 30, she tested positive for the Chinese Communist Party (CCP) virus, commonly known as the coronavirus.