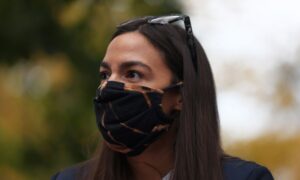 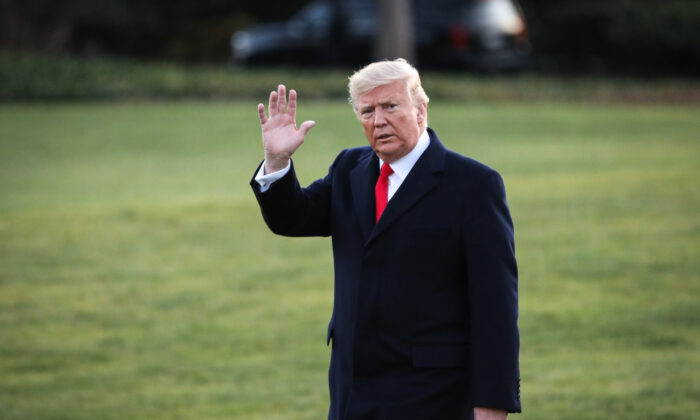 Then-President Donald Trump walks on the South Lawn to board Marine One at the White House in Washington on Dec. 18, 2019. (Charlotte Cuthbertson/The Epoch Times)
Politics

“Bob Paduchik is running for Chair of the Republican Party of Ohio,” said Trump in an email on Wednesday. “He successfully led my campaign in both 2016 and 2020, having even more success the second time around.”

The former president added: “He is outstanding in every way, and I give him my full and complete endorsement. Bob loves our country and the Great State of Ohio. He will be an outstanding Chairman!”

Previously, Trump endorsed Sarah Huckabee Sanders for governor of Arkansas. With his endorsement of Paduchik, it suggests that the former commander-in-chief will continue to promote political candidates over GOP establishment types.

In a statement last week, Trump said he “will back primary rivals who espouse Making America Great Again and our policy of America First,” adding: “We want brilliant, strong, thoughtful, and compassionate leadership.”

At the same time, he lashed out at Senate GOP Leader Mitch McConnell (R-Ky.) and the Republican Party for what he described as a weakness in dealing with election integrity.

In the Jan. 6 Senate runoff elections, “Many Republicans in Georgia voted Democrat, or just didn’t vote, because of their anguish” at the Republican Party, Trump remarked.

According to opinion polls, Republican voters appear to hold Trump in high esteem—even after he was impeached in the House last month. One poll suggested that as many as 70 percent of Republican voters would consider joining a Trump-backed political party over the Republican Party.

Meanwhile, members of Congress who voted to impeach or convict Trump have faced significant blowback in their home states, with several of them being censured by various state GOP groups.

One of his former advisers, Sebastian Gorka, proclaimed in a Sky News interview this week that with recent moves, Trump is “back in the political arena.”

“Donald Trump is back and is the de facto conservative kingmaker,” he said, noting Trump’s scheduled speech at the Conservative Political Action Conference (CPAC) over the weekend.