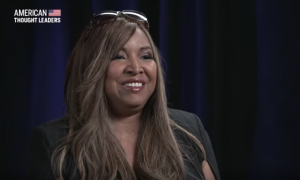 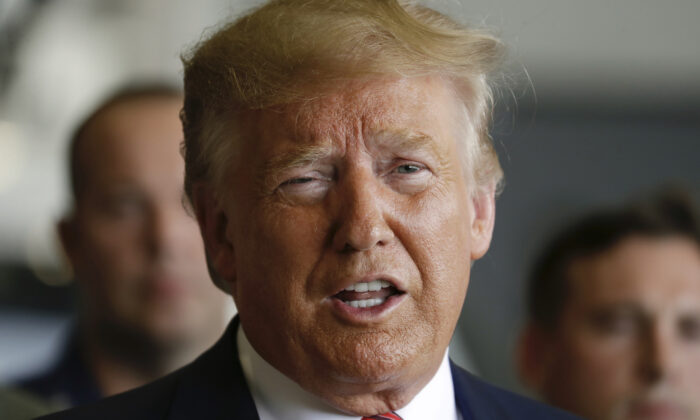 A White House official said on Nov. 26 that Trump has given the $100,000 he would be paid for the quarter to the Office of the Assistant Secretary of Health.

The White House said the funds are being earmarked “to continue the ongoing fight against the opioid crisis.”

Trump has made tackling the misuse of opioids an administration priority. More than 70,000 Americans died in 2017 from drug overdoses—192 a day—the bulk of them involving opioids, according to the Centers for Disease Control and Prevention.

Trump has said his brother Fred Trump’s experience with alcoholism has helped drive him to fight the opioid crisis.

“I had a brother, Fred. Great guy, best-looking guy, best personality, much better than mine,” Trump said during a speech in 2017. “But he had a problem. He had a problem with alcohol.” He said Fred would tell him, “Don’t drink, don’t drink,” and thus he has never had a drink.

The law requires that Trump be paid, but he has vowed to donate his salary to various causes.

Trump said in September he was donating his second-quarter salary to support U.S. Surgeon General Jerome Adams’s efforts to raise awareness of the harmful effects marijuana has on youth and pregnant women.

Trump donated $100,000 to the Department of Homeland Security in March, writing in a statement: “While the press doesn’t like writing about it, nor do I need them to, I donate my yearly Presidential salary of $400,000.00 to different agencies throughout the year, this to Homeland Security.”

“If I didn’t do it there would be hell to pay from the FAKE NEWS MEDIA!” he added.

In January, Trump donated his salary from the third quarter of 2018 to the National Institute on Alcohol Abuse and Alcoholism.

The institute is part of the National Institutes of Health. On its website, the institute is described as “the lead agency for U.S. research on alcohol use disorder, and other health and developmental effects of alcohol use.” “Our mission is to support research, and then translate and disseminate research findings to reduce alcohol-related problems,” the website says.

Trump also previously gave a quarter of his yearly salary toward fighting the opioid crisis. The $100,000 was given to Health and Human Services in January 2018.

Eric Hargan, acting secretary of Health at the time, said Trump’s decision was “a tribute to his compassion, to his patriotism, and a sense of duty to the American people.”

The agency was going to use the money toward a large-scale public awareness campaign about the dangers of opioid addiction.

“The President is personally dedicated to defeating this crisis because addiction hits home for so many of us,” Hargan said. “You heard him share the story in his opioid speech about how he lost his own brother to alcoholism. And speaking personally, opioid addiction has been a presence in my hometown, in my family, for years.”

How to Make the Most of Your Marriage
0