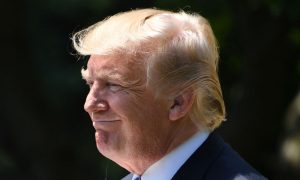 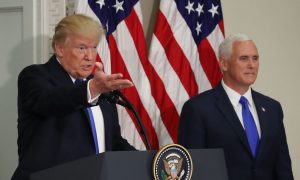 Trump on States That Refuse Voter Data Request: 'One has to wonder what they are worried about'
0 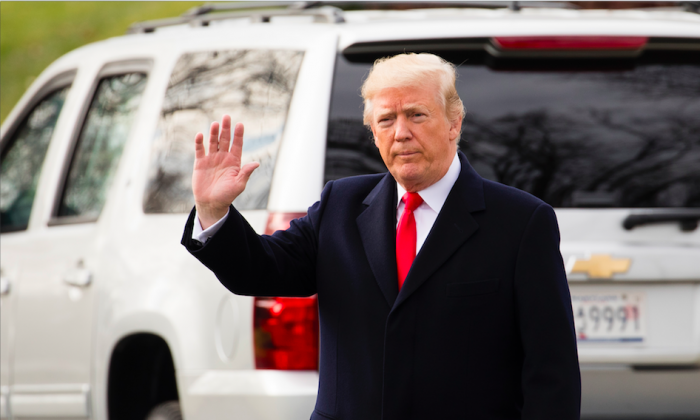 “As Americans, you need identification, sometimes in a very strong and accurate form, for almost everything you do…..except when it comes to the most important thing, VOTING for the people that run your country. Push hard for Voter Identification!” Trump tweeted on Jan. 4.

As Americans, you need identification, sometimes in a very strong and accurate form, for almost everything you do…..except when it comes to the most important thing, VOTING for the people that run your country. Push hard for Voter Identification!

Trump disbanded his advisory commission on election integrity late Wednesday, Jan. 3, saying that “despite substantial evidence of voter fraud,” many states have refused to provide the commission with basic information relevant to its inquiry, according to a statement by the press secretary.

“Rather than engage in endless legal battles at taxpayer expense, today President Donald J. Trump signed an executive order to dissolve the commission, and he has asked the Department of Homeland Security to review its initial findings and determine next courses of action,” the statement said.

Trump established the commission in May “in order to promote fair and honest federal elections,” according to the executive order.

Of primary concern were non-citizens voting; dead people who were still on voter rolls and others using their name to vote; and people voting in more than one state. U.S. law says that a person must be a citizen to vote.

Kansas Secretary of State and vice-chair of the commission Kris Kobach said every time an alien votes it cancels out the vote of a U.S. citizen.

“So even one is too many,” Kobach told The Epoch Times in an email back in November. “There’s no good reason for anyone to want aliens to be voting. I’ve never heard anyone argue that aliens have a constitutional right to vote.”

Kobach said even a handful of fraudulent votes is enough to decide close elections.

The Heritage Foundation has compiled a sampling of 1,088 voter fraud cases in the United States leading to 949 convictions that demonstrate the many different ways in which fraud is committed.

Kobach initiated the Interstate Voter Registration Crosscheck Program, which has grown to include 30 participating states. Crosscheck uses public voter data to prevent voter fraud by, for example, identifying voters who registered in more than one state.

The commission sent a letter to all 50 states on June 28, asking for publicly available voter data. Although states are mandated by federal law to keep public records of voter registration and make them available to federal authorities upon request, at least 15 states refused to comply with the request.

In 12 out of those 15 refusals, Democratic secretaries of state and governors are in charge of dispensing the records.

In his refusal to comply with the commission’s request, California Secretary of State Alex Padilla said that claims of voter fraud are “false and already debunked.” Padilla’s refusal contradicts California’s election code and disregards mounting evidence that voter fraud is widespread and persistent.

In an August 2016 Gallup poll, 10 weeks before the presidential election, 80 percent of Americans said they supported voter ID.