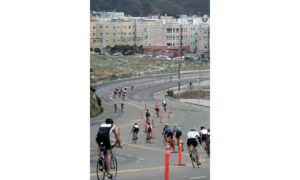 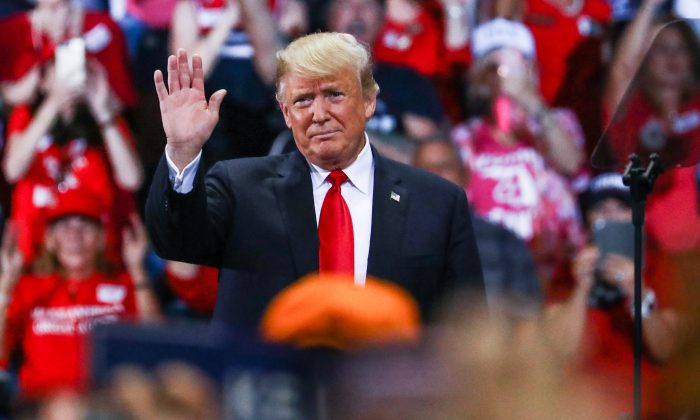 “It was always burning since the world’s been turning.”

Apologies to Billy Joel. But President Donald Trump really didn’t start this fire of incivility, nor did he ever preach violence. Or racial animosity. Or economic injustice. He doesn’t roll that way. Never has, never will. He fights. Hard. But the characterization and narrative of him being unfit, racist, and violent are absurd.

Don’t tell that to your leftist friends and their biased media allies, though. They want you to believe Trump did start the fire. All the fires. Not only did he start them, but he’s also responsible for everything they perceive as wrong with our world.

If you’re a leftist, but particularly a media leftist, think of what you’ve blamed him for. It’s a staggering list, a list of deceit from the left that may never end: treason with Russia, sexually assaulting numerous women, starting fights. He’s racist and misogynistic. He hates immigrants, cheats on his taxes, cheated in business, uses the presidency to enrich his family and companies. He incited the pipe-bomb violence and the synagogue murders.

Let’s start with No. 1: Trump colluding with Russia to steal the election from Hillary Clinton. A more deceit-filled, stupid narrative may never have been pushed by the Democratic media slaves. Ever.

Yet it’s still alive after two years of nonstop coverage and proclamation. It’s like “The Return of the Living Dead.” It never stops coming, even though there is zero evidence of any such collusion happening. Zero.

Yet the geniuses in our leftist media will never admit there’s no evidence. Jake Tapper, Joe Scarborough, and Rachel Maddow have gotten richer off this giant fake scandal than any con man ever could have. They reported it daily, breathlessly implying treason, a stolen election, an unfit president, a man for no seasons.

Rumor has it there was a video of Trump telling a Russian official to go tell Putin that after the election, he would have more latitude to do what Russia wanted. But CNN and our leftist media could never find it. Oh, wait—that was the video they never played because it was then-President Barack Obama who was caught saying that on a hot mic.

As to the rest of the list, it was all made up as well; none of these things has any evidence to back it up. The media meme they wanted us all to believe was “orange man bad.” And they have tried to pretend there is a new scandal virtually every week, making it up out of thin air. Often, they recycle it.

The elite leftist Democrat/media/#NeverTrump complex did. And they did so in a manner that has virtually destroyed their credibility, their minds, and perhaps their souls.

Recall if you will the many “journalists” and “news organizations” who made the claim they wouldn’t do objective coverage of Trump because he was so “dangerous.”

According to them, they saw a man so vile, so crude, so extreme, so awful, and so disastrous in his thinking, they would not give him the benefit of fair coverage. This was an assault led by the so-called paper of record, by one Jim Rutenberg on Aug. 7, 2016. It became the default position of our leftist media.

Recall, if you will, the Sea Island conference, when the tech-lords, many major media figures, and a host of #NeverTrumpers met on a posh Georgia island to plan how to stop Trump from going further.

Recall the day after the election, when The New York Times actually apologized to its readers, and to the nation, for being so biased and so awful with its lack of correct journalistic practice. Quote the newspaper: “[We will] rededicate ourselves to the fundamental mission of Times journalism. That is to report America and the world honestly, without fear or favor.”

Heh. Anyone who believed that needs a share of my expensive bridge.

Since then, the coverage has been 92 percent negative in the face of a great, ascending economy and some of the most monumental foreign-policy achievements in the past 40 years.

Do you remember the video some brave person released showing Google executives and some underlings lamenting the election of Trump? We could have called it “The Day After.” The video was as embarrassing as that movie. My take: A bunch of self-serving, self-unaware tech-nerd millionaires with propellers on their heads whining about what more they could have done and about how they would have to suck it up and be even more dishonest.

So, dear leftists, dear media malaprops, dear Tech-lords, dear Democrat-ick Party: Trump didn’t start the fire. You did. You and your vileness. You and your self-proclaimed elite smarts. Your self-projection of superiority. Your pretense of smug self-righteousness.

To recap, consider Trump’s opponents: The Republican establishment, the bloated Clinton machine, the fake news old media, and, of course, the tech-lords and their platforms.

Let me add: These tech-lords went from “do no evil” to “let’s use our power and money to further the (evil) leftist agenda” in less than a decade. They were, and are, all in with the destruction of Trump. They are all in for the destruction of center-right thinking.

The current tech giants are embarrassing, using their power in a way far worse than Microsoft ever did. They are getting away with it right in front of our eyes. Their hubris has no end. It’s too bad George Gilder’s new vision of a world without Google can’t come more quickly. Let’s hope they are reigned in before they do irrevocable harm to the United States and the world.

Coming back to the point. In order to win, Trump had to fight all these giants.

And he won. He beat them all. It’s one of the true electoral miracles of our time as if God decided he would intervene.

Another way to visualize it: Think of King Kong all alone on the Empire State Building, fighting off the bi-planes, except they’re F-16s. Kong really didn’t do anything wrong, yet they all attacked him just the same. And he wins against all odds. A lot of us on the center-right pitched in. Enough of us joined the Trump train early on to keep him winning.

He was clearly the right choice. He didn’t start this rancor, but he’s fought all the right people to a standstill. As said above, so many of them have ruined their own lives, professions, and reputations. While Trump helps amazingly good things happen for our country, in spite of them, they keep lighting fires.

It’s been an epic battle to watch as Trump builds things while they try to burn them, as Trump extinguishes one flame after another while they blame him for the fires they set.

When the smoke of the fires finally lifts, like Winston Churchill, Trump will be seen as one of the great men and movers of his time.

David Prentice is a writer and novelist from the Midwest. His articles have appeared in the American Thinker.