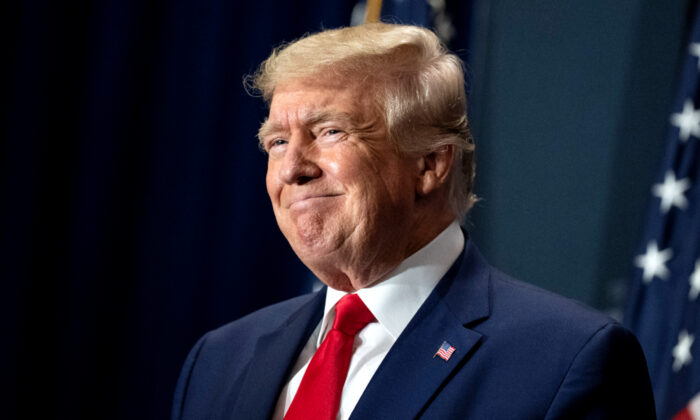 Trump Derangement Syndrome Is Going to Get Worse

Never in my lifetime have so many people been so obsessed with one man. People despised Nixon, they cheered or reviled Reagan, and they revered or dismissed Obama, but none of those responses comes close to the mania attached to Donald Trump. I mean the hate side, not the adoration. The former feeling and the cult it spawns dwarfs the latter.

Liberals mock the idol worship they find among Trump’s supporters, but while Trumpists smile and cheer and vote for the man, liberals abhor him with a passion three times as fierce. It’s visceral, fanatical, knee-jerk. If nearly the entire psychology profession didn’t suffer from the condition to greater or lesser degrees, it would be a likely subject for diagnosis, particularly given the unselfconscious way in which the victims of Trump Derangement Syndrome (TDS) act out their animus.

It doesn’t occur to the diseased ones to ask why they can’t get the orange-haired man out of their heads. They hate him; they loathe him; they fear him. We get it nonstop; we hear them; they can’t stop saying so. But the expression doesn’t bring them any relief—not that we can see. Their exasperation only grows and sputters.

Voicing what one feels deep inside is supposed to ease the feeling, externalize it, and let the anger, love, bitterness, joy, etc., flow, not be dammed up within. One of Freud’s patients called it “the talking cure,” when he asked her to speak, just speak of anything that popped into her mind, and she and other patients found that they did feel a little better once the session concluded.

But those with TDS don’t. He lingers inside their heads. Like a bad penny, he won’t go away.

Nothing that has happened has “disappeared” him. Jeb Bush couldn’t beat him, nor could Hillary, the Mueller Team, Avenatti and Stormy, Vindman and House Democrats, or The Washington Post, NPR, and MSNBC. Not even the 2020 defeat, Jan. 6, or Liz Cheney’s hearings have removed him from the body politic.

If anything, the Mar-a-Lago raid will only ensure his continuance. Martyrs have sticking power. The prospect of Trump 2024 appears ever more likely, and if the inconceivable happened once (November 2016), it can happen again.

If Trumpist candidates for Congress do well in the midterms, the agony will only intensify. The media’s reaction as the results of that dark day six years ago unfolded was shock and incredulity.

This time, if Republicans take the House and lots of Trumpy types prevail, we will see a different reaction. Liberal elites now know that “it can happen here,” which leads them past incredulity and toward resolve. He must be stopped! He and his enablers are demons, cretins, bigots, and monsters. They aren’t fellow citizens and ordinary Americans. They are something else—odd, frightening, unenlightened, vandals, and barbarians.

I’ve seen liberals of sterling egalitarian profile speak of the ones who go to Trump rallies in terms one usually reserves for bugs in the woodwork. Now, in 2022, liberals and progressives and Never Trumpers believe they’ve tolerated these dunces and villains long enough. They’re out of patience. No more generosity, no more pluralism.

Hence, it’s OK with them to withhold from Trump the rights of free speech, due process, and innocence-until-proven-guilty. It’s downright extraordinary to see how liberals have flipped on principle now that Trump and his backers have persisted. The intelligence agencies liberals used to suspect and decry earn liberal praise when they target the former president.

Traditional liberal sympathy with the working class dissipates when Trump wins the lion’s share of that voting bloc. Liberals flatter themselves as cosmopolitical and nonjudgmental, able to mingle with diverse others, jumping from culture to subculture with relaxed facility. But put them amid a group of MAGA souls and the blood pressure rises—they can’t converse, and any escape route will do.

It would be laughable if not for the power of the cancel. Irrationality rightly gets shuttled off for professional help, but when college students stomp into their president’s office irate at an essay a professor wrote against woke activism, and the president bows and commiserates, the tantrum worked. When a corporate chain bends to a few Twitter posts demanding that produce be withdrawn from its shelves because it’s offensive to the posters, the spirit of the First Amendment is broken.

Donald Trump is the ultimate rationale for this abandonment of American tolerance. Liberals have made him into the embodiment of all the social evils of racism, nativism, etc. He’s done them a favor, offering them a concrete focus for resentments and worries otherwise hazy and fluctuating. Anxiety lessens when it can find an object. It wants to attach to something, and the attachment eases the uncertainty. Trump gives them psychological relief even as they huff and puff at the sound of his voice.

Which means that liberals don’t want to give him up. Every day, we watch the obsession continue, the conversation eventually turning to “orange man bad,” whether the topic be Biden, Russia, gas prices, or COVID.

No person, no thing, and no event in living memory has so unified and mobilized liberals and their institutions—not even 9/11. That attack 21 years ago produced ample debate and divisions on both sides—on the right and the left (for example, Bush conservatives versus Pat Buchanan conservatives).

This time, however, with Trump, there’s no debate on the left, no dissenting voices. In their eyes, he’s beyond discussion, outside the world of ideas and policy. The Overton window doesn’t include him. To witness him still in the public sphere, drawing crowds to his rallies and endorsing candidates who proceed to win, is infuriating.

They love to hate him, but the hate nonetheless takes a toll on their hearts. They know they’re being illiberal, and so they have to cast him as a demon to justify it.

Don’t expect liberals to resolve this dilemma before November. The pain will only get worse—especially if Trump candidates poll well.

Smart populist conservatives such as Florida Gov. Ron DeSantis aggravate the problem. He spotlights liberal illiberalism and moves forward to squelch it. His popularity, along with Trump’s, widens the public square to include them both, which means that liberals must address them as a political force, not a demonic one. I just read a Tweet from former Clinton cabinet member Robert Reich calling DeSantis a fascist, but the charge has no force.

Liberal outrage is spent. The rabid indignation gets chuckles from everyone except the true believers, the ones who cling to their outrage as a psychological crutch. That will bring on more manic behavior, more delusion on the left. Be ready for it.