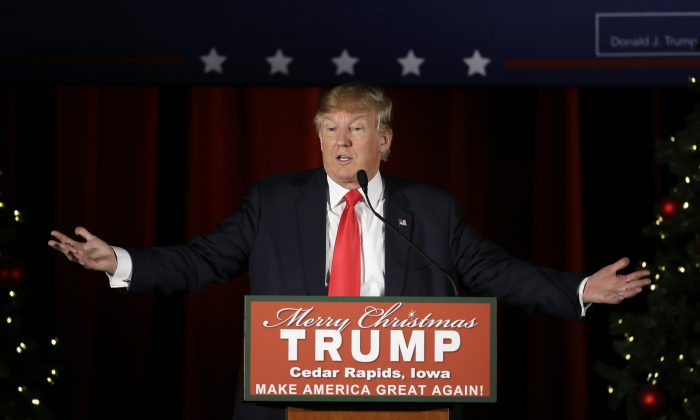 Donald Trump says Hillary Clinton should apologize after her claim that terror group ISIS uses footage of him in recruitment videos was exposed as false.

Trump said on December 21 on The Today Show that he demands an apology.

“I will demand an apology from Hillary, she should apologize,” he said.

Clinton made the claim during the recent Democratic debate.

Clinton said Trump’s rhetoric is a gift to the Islamic State, saying: “He is becoming ISIS’s best recruiter.”

“They are going to people showing videos of Donald Trump insulting Islam and Muslims in order to recruit more radical jihadists,” she added.

But non-partisan fact-checking group Politifact deemed the claim “false,” and Clinton’s campaign later admitted they didn’t have any evidence of a video from ISIS using clips of Trump disparaging Muslims and walked back from the claim.

A spokeswoman for the campaign said on ABC that Clinton “didn’t have a particular video in mind” but was instead referring to jihadists’ social-media activity.

A spokesman for Clinton also appeared on NBC’s Meet the Press, where he insisted that “if you look at what’s going on [on social media], they are definitely pointing at Mr. Trump.”

Now Trump wants an apology. Clinton’s campaign hasn’t responded to his demand as of yet.