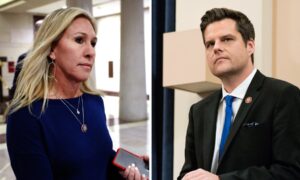 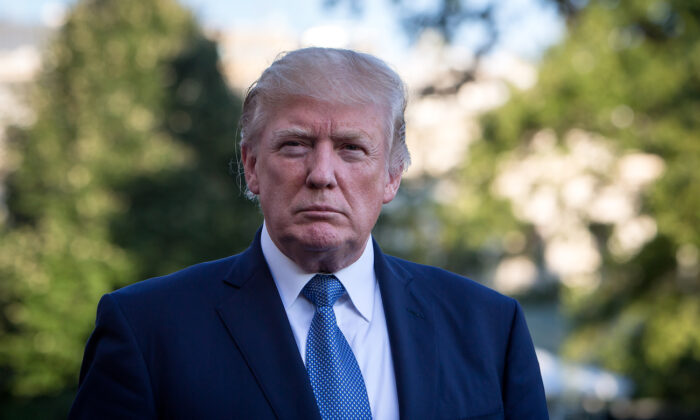 Republicans across the country should be talking about the 2020 election audit happening in Arizona’s largest county, former President Donald Trump asserted in a new interview.

“That’s all people ask me. They say ‘what’s going on in Arizona?’ They want to talk about the election fraud. The weak Republicans don’t want to talk about it. The weak or stupid or RINOs [Republican in name only], call them whatever you want, and yet the Republican voter, that’s what they want to hear,” Trump told One America News in an interview that first aired late Thursday.

An audit team hired by the Arizona Senate last month began reviewing nearly 2.1 million ballots cast in the 2020 presidential election in Maricopa County, along with machines used to conduct the election.

The Arizona Republican Party has vocally supported the audit, but on a national level few GOP lawmakers have mentioned it, apart from Reps. Paul Gosar (R-Ariz.) and Andy Biggs (R-Ariz.).

Trump singled out Sen. Mitch McConnell, the Republican leader in the U.S. Senate, alleging that if McConnell had focused more on election integrity, Trump would have won a second term in office.

McConnell’s office did not immediately return a request for comment.

Rep. Elise Stefanik (R-N.Y.), before she was voted in to replace Rep. Liz Cheney (R-Wyo.) as the House of Representatives Republican Conference chair, did mention the audit in an interview last week.

“I support that audit,” Stefanik said.

“Transparency is good for the American people. And again, this should be a nonpartisan issue, whether you are Republican, Democrat, independent, or conservative, transparency is important, and the audit was passed by the Arizona state Senate,” she added later.

Democrats have vociferously opposed the Arizona audit, accusing auditors of failing to implement property security measures. A bid by the Arizona Democrat Party to stop the audit failed in court.

The Department of Justice has also raised concerns, claiming that ballots and machines were not “being adequately safeguarded by contractors at an insecure facility, and are at risk of being lost, stolen, altered, compromised, or destroyed.”

Auditors challenged those claims, asserting there is 24-hour armed security and a slew of other measures in place.

The audit is on hold this week because high school graduations are taking place at Veterans Memorial Coliseum in Phoenix, where the review is being conducted. Auditors plan to resume their work on May 24.

Correction: A previous version of this article listed the wrong state for Rep. Stefanik. She represents a district in New York. The Epoch Times regrets the error.