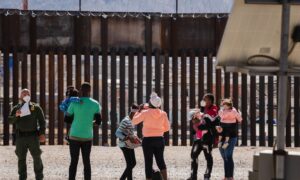 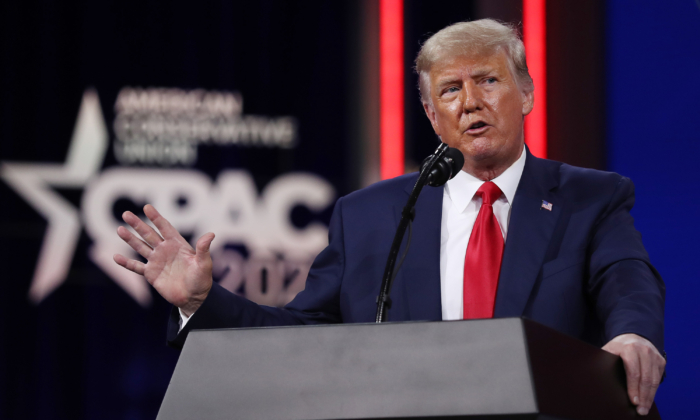 Trump Criticizes Biden Admin Over Border Crisis: ‘They’ll Be Coming up by the Millions’

Former President Donald Trump harshly criticized the Biden administration over their policies at the border in two interviews on Monday.

In respect of the growing number of illegal crossings, Trump said “They’ll be coming up by the millions,” in a podcast with Lisa Boothe, a Fox News host.

He warned that the situation will deteriorate toward more severe levels.

“It’s nothing compared to what’s going to be in a couple of months,” said Trump. “As I said before, you have some very bad hombres coming up and we’re taking them into our country and it’s insane.”

“They go into our country. We never find them again; they never come back, a very tiny percentage comes back,” Trump said, referring to the Biden administration’s return to the Obama-era “catch and release” policy in which asylum seekers are released into the interior of the country as they await a court hearing, often never to be seen again.

In another interview with Fox, Trump said most of the people unlawfully entering the country from the southern border are dangerous.

“But you also have criminals, you have murderers, you have sex traffickers. You have a lot of very bad people coming into our country. And they’re doing nothing about it. They’re going to be released or they’re already being released. Yesterday, they announced that they’re just going to let them go into the country. No courts, no nothing. It’s crazy to destroying our country,” he continued on the phone interview.

The former president emphasized that people who want to enter the country should do so legally.