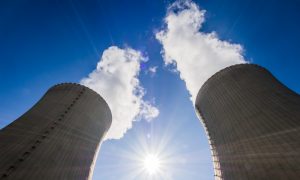 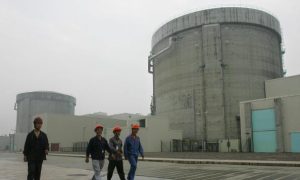 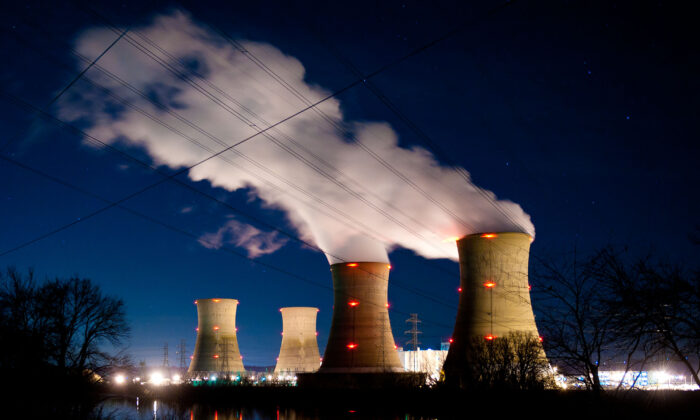 Restored US nuclear industry could help keep nations out of 100-year deals with China, Russia
By Alan McDonnell and Frank Fang
Print

The U.S. Department Of Energy (DOE) recently unveiled the United States’ “Strategy to Restore American Nuclear Energy Leadership” (pdf), which was developed by the U.S. Nuclear Fuel Working Group at the request of President Trump.

The strategy includes root-and-branch plans to reinvigorate America’s entire nuclear fuel cycle—from the ‘front-end’ of mining, processing and stockpiling nuclear fuel to developing next-generation civil nuclear technologies and exporting them to nations around the world.

These policies will revive and expand the nuclear energy sector and maintain the capabilities that are critical to U.S. national security interests. pic.twitter.com/dGR45ZzcLo

However, the plan came in for criticism this week over its proposal to use the newly created U.S. International Development Finance Corporation (DFC)—also known as America’s development bank—to provide funding to developing nations for investment in American-supplied nuclear power plants.

The Working Group believes that the funding will be hugely positive in providing developing nations with an alternative source of nuclear energy to the state-owned enterprises of Russia and China—the current main suppliers of nuclear power plants. Agreements for the supply, maintenance, and decommissioning of nuclear infrastructure mean that developing countries can be locked into such contracts for up to 100 years, the authors claim.

“By partnering with the U.S., countries will get the best technology, regulatory guidance and resources they need to expand or start their civil nuclear programs.”

The report describes how “Russia—a nation that has ‘weaponized’ its energy supply as an instrument of coercion—dominates nuclear markets.” Meanwhile, as a primary strategic competitor to the United States, China “uses predatory economics as a tool of statecraft,” while the Communist regime “is currently constructing four reactors abroad, with prospects for 16 more reactors across multiple countries.”

The report notes that the United States, in contrast, is currently “entirely absent from (the) global new build nuclear reactor market with no foreign orders.”

US Nuclear Industry On ‘The Brink Of Collapse’

While providing almost 20 percent of America’s electricity—and as a supremely reliable source of critical base load supply—nuclear power is also inseparably connected with national security. According to the report, there are two main reasons why uranium is required for defense: “Low-enriched uranium is needed to produce tritium required for nuclear weapons, and highly enriched uranium is used to fuel Navy nuclear reactors.” Furthermore, supply agreements with foreign sources of uranium “prohibit the use of uranium for military purposes.”

According to the report, however, “After decades of neglect, the entire U.S. commercial nuclear sector, from mining through power generation, is at high-risk of insolvency. America is on the brink of losing its ability to produce U.S.-origin nuclear fuel, threatening our national interest and national security.”

Establishing a new uranium reserve will:

In a 2018 report (pdf) entitled “Back from the Brink: A Threatened Nuclear Energy Industry Compromises National Security,” the Center for Strategic and International Studies (CSIS) stated that “Roughly half of the 99 U.S. nuclear power plants are facing economic stresses, and potential premature shutdown, due to current energy market structures.”

Looking at the international nuclear power plant market, the study pointed out how the weakened U.S. nuclear industry is being overtaken by state-owned suppliers of nuclear technology. “The vast majority of nuclear power plants now under construction—approximately 70 percent—are of Russian or Chinese origin. And with these foreign designs comes foreign influence and a ‘100 year’ relationship (for the operating life of the facility) with the host country.”

The CSIS also stresses that if assets such as know-how, technology, people, and influence are not preserved now, they will be lost forever. Indeed, this process has already begun, with American nuclear power plants constructed in recent years experiencing significant cost overruns: with no nuclear power plants having been constructed in the United States for some 30 years, two new reactors currently under construction near Waynesboro, Ga. were essentially “first-of-a-kind” builds.

If the future of the nuclear power industry is not secured, students of nuclear science and technology would likely be motivated to study in other fields, as their future employment opportunities would be severely curtailed. With economic pressures and an aging fleet, this in turn could coalesce into a vicious cycle of (often premature) plant shutdowns, which would virtually guarantee that all U.S. nuclear reactors would be decommissioned by 2050.

Allowing America’s nuclear decline to continue would eat away at the nation’s stockpile of the tritium essential for nuclear weapons as well as the highly enriched nuclear fuel required for the United States’ 81 nuclear-powered naval vessels, leaving the United States powerless to defend itself militarily in as little as 20 years.

The United States’ voice on safety and non-proliferation would also disappear.

The Trump Administration and the DFC have come in for criticism in recent weeks, however, on the direction the organization has taken, including the move to include the funding of nuclear power projects in relatively affluent Eastern European countries in the name of international development.

Speaking to The Hill, Clemence Landers—policy expert at the Center for Global Development in Washington—said he believed there was an imbalance between the aid and foreign policy imperatives of the DFC. Landers said he sees disharmony between the DFC “doing investments that have development impact versus doing investments guided by whatever the national security priority of the moment is, and the two aren’t the same.” Landers believes that the geopolitical aims of the United States could come to take precedence. “What I’m seeing of the DFC is the national security component is very present,” he said.

The Center for Global Development also decried the organization’s brief, stating that the “DFC no longer needs to have developmental objectives,” a situation it described as “a terrible precedent.”

Chinese and Russian state-owned providers are currently investing billions of dollars in developing cutting edge nuclear technologies that could allow them to leapfrog their American competitors, potentially supplying nuclear reactors to nations across Eastern Europe and Africa.

The executive director of the Energy for Growth Hub, Todd Moss, told The Hill that “There’s a strategic interest in not letting Russia or China lock up the global advanced nuclear market, in part because some of these deals come with very long fuel agreements.” Moss said that such agreements can force the customer into purchasing fuel for generations.

“If Russia or another country has meaningful control over another country’s power system, that’s incredible diplomatic leverage,” he said. “We’ve seen how Russia is behaving with natural gas in Europe—imagine how they would behave with U.S. allies and advanced nuclear.”

In December 2018, then-U.S. National Security Advisor John Bolton stated that China was poised to take over Zambia’s state-owned electricity company Zesco in order to collect a debt of between $6 billion to $10 billion that the Zambian government owes, according to Reuters. The Epoch Times also reported that in Sri Lanka, the government transferred ownership rights of the Hambantota Port to China for 99 years as part of a debt settlement the country was forced to make when it could no longer meet repayments on Chinese loans.

According to its website, the DFC claims to take a different approach. “DFC supports an economically viable form of private sector-led investment, offering a robust alternative to state-directed investment which often leaves countries saddled with debt.”

The Epoch Times Frank Fang contributed to this report.