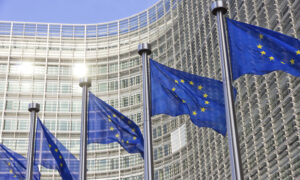 The Businesses Growing as a Result of Brexit
0 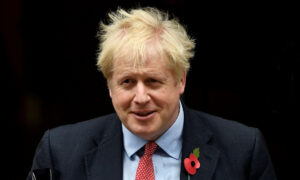 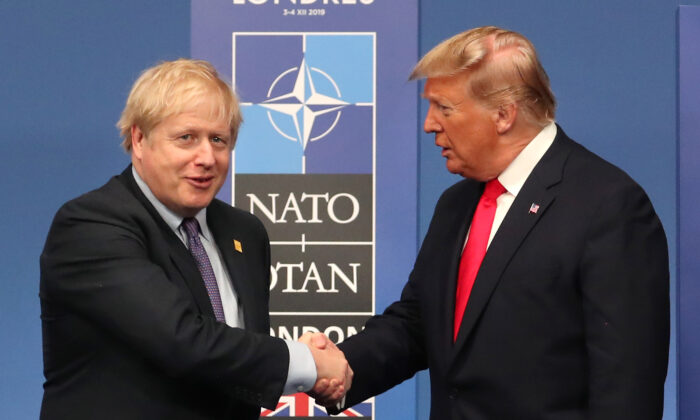 President Donald Trump hinted at striking a new trade deal with Britain while congratulating UK Prime Minister Boris Johnson on his resounding Dec. 13 election victory, that will allow him to end three years of political paralysis and take the UK out of the European Union next month.

Trump wrote a heartfelt message addressed to Johnson, saying that Britain and the United States “will now be free to strike a massive new Trade Deal” post-Brexit.

“This deal has the potential to be far bigger and more lucrative than any deal that could be made with the EU,” Trump wrote on Twitter. “Celebrate Boris!”

Congratulations to Boris Johnson on his great WIN! Britain and the United States will now be free to strike a massive new Trade Deal after BREXIT. This deal has the potential to be far bigger and more lucrative than any deal that could be made with the E.U. Celebrate Boris!

Johnson vowed to “get Brexit done” during a Conservative Party event following the results of the general election in central London on Friday morning, having made a net gain of 47 seats in Britain’s national election with just two seats left to declare.

In a landslide win, the Conservative Party secured 364 seats in the Houses of Parliament, making Boris Johnson’s party the largest Tory majority since 1987. The Conservatives needed 326 seats total to win.

It served as a crushing defeat for the opposition Labour Party. Its leader, Jeremy Corbyn, announced he was to step down after a “process of reflection,” having secured 203 seats in the election.

“We did it, we pulled it off didn’t we,” Johnson began to a cheering crowd, adding that the Conservatives had “broken the deadlock” and “smashed the roadblock.”

Thank you to everyone across our great country who voted, who volunteered, who stood as candidates. We live in the greatest democracy in the world. pic.twitter.com/1MuEMXqWHq

“A new dawn rises on a new day,” Johnson said in his victory speech addressing the nation, paying tribute to his colleagues who lost votes in the snap general election.

After his sweeping election win, Johnson declared Britain would leave the European Union by Jan. 31, “no ifs, buts, no maybes,” adding that the election result would “put an end to all those miserable threats of a second referendum.”

Nearly half a century after Britain joined the EU, Johnson faces the challenge of striking new international trade deals, preserving London’s position as a top global financial capital, and keeping the United Kingdom together.

That last goal was looking more challenging as the election results rolled in, with Scotland voting for a nationalist party that wants an independence referendum, and Irish nationalists performing strongly in Northern Ireland.

In a political earthquake in England, the Conservatives won large numbers of seats in the opposition Labour Party’s so-called Red Wall, traditional working class heartlands once hostile to Johnson’s party.

In his speech, the prime minister described Brexit as now the “irrefutable, irresistible, unarguable decision of the British people,” promising those in traditional Labour areas who “lent” their vote to the Conservatives that he would not let them down.

“And in delivering change we must change too” and “recognize the incredible reality that we now speak as a One Nation Conservative Party,” he continued.

“As the nation hands us this historic mandate we must rise to the challenge and to the level of expectations.”

“Parliament must change so we in Parliament are working for you the British people,” Johnson added.