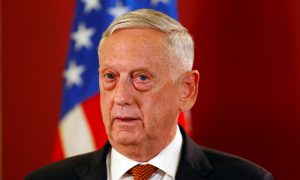 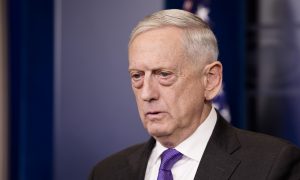 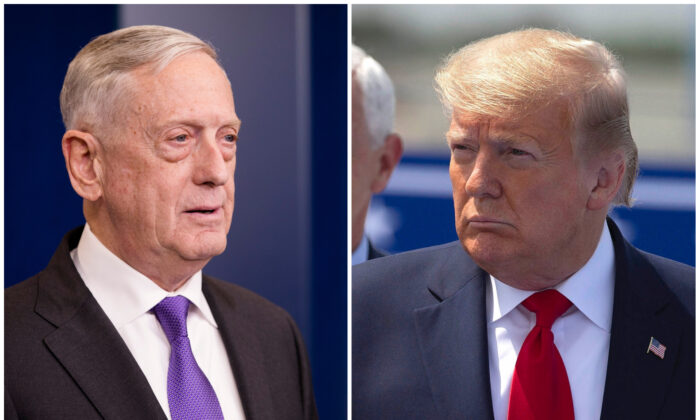 “Probably the only thing Barack Obama & I have in common is that we both had the honor of firing Jim Mattis, the world’s most overrated General,” Trump wrote on Twitter late Wednesday. “I asked for his letter of resignation, & felt great about it. His nickname was ‘Chaos,’ which I didn’t like, & changed to ‘Mad Dog.'”

“His primary strength was not military, but rather personal public relations,” Trump continued. “I gave him a new life, things to do, and battles to win, but he seldom ‘brought home the bacon.’ I didn’t like his ‘leadership’ style or much else about him, and many others agree. Glad he is gone!”

…His primary strength was not military, but rather personal public relations. I gave him a new life, things to do, and battles to win, but he seldom “brought home the bacon”. I didn’t like his “leadership” style or much else about him, and many others agree. Glad he is gone!

Earlier on Wednesday, The Atlantic published a statement attributed to Mattis, which accused Trump of “deliberate” efforts to divide the nation over the past three years.

It is unclear what Mattis was referring to in using the word “consequences.”

Mattis’s statement appeared to condemn law enforcement measures in Lafayette Square on Monday, characterizing it as an “abuse of executive authority.”

“We must reject and hold accountable those in office who would make a mockery of our Constitution,” Mattis continued, without mentioning Trump’s name.

On Monday, U.S. Park Police evacuated protesters at Lafayette Square, ahead of a 7 p.m. to 6 a.m. curfew imposed by Washington Mayor Muriel Bowser. The law enforcement measures took place within an hour before Trump, around 7:00 p.m., walked across the square from the White House to St. John’s Church and held up a bible.

The U.S. Park Police said in a statement that officers had used smoke canisters and pepper balls to clear the area, after protesters “became more combative,” “attempted to grab officers’ weapons,” and “continued to throw projectiles” that included “bricks, frozen water bottles, and caustic liquids.”

Mattis characterized Trump’s trip to the church as a “bizarre photo op,” and alleged that “troops” were ordered “to violate the Constitutional rights of their fellow citizens” for the president.

“Military leadership” stood alongside Trump at the church, Mattis wrote.

“Militarizing our response, as we witnessed in Washington, D.C., sets up a conflict—a false conflict—between the military and civilian society,” Mattis contended, later adding that “keeping public order rests with civilian state and local leaders who best understand their communities and are answerable to them.”

Mattis, a retired Marine four-star general, was selected by Trump as secretary of defense in December 2016. He resigned in December 2018 after disagreeing over Trump’s decision to pull out of Syria.

Amid violent activities across the nation, the National Guard has been deployed in 29 U.S. states at the request of governors, and the Pentagon has moved about 1,600 troops into the Washington area as of Wednesday.

The military mobilization comes after Trump announced on Monday that he was dispatching “heavily armed soldiers, military personnel, and law enforcement officers” to stop violent activities amid the protests.

“All Americans were rightly sickened and revolted by the brutal death of George Floyd. My administration is fully committed that, for George and his family, justice will be served. He will not have died in vain. But we cannot allow the righteous cries and peaceful protesters to be drowned out by an angry mob,” Trump said on Monday.

Trump indicated on Wednesday afternoon that he would prefer not to deploy the military and would personally rather deploy the National Guard to respond to the violence.

Floyd, a black man, died after a Minneapolis police officer knelt on his neck for nearly nine minutes during an arrest on May 25. Floyd’s death and the events leading to it sparked nationwide protests expressing grief over police brutality. But in many instances, acts of violence, arson, and looting have marred the initially peaceful demonstrations.

Federal officials, including Attorney General William Barr, say such violent activities have been spurred and coordinated by outside agitators and radicals.

Trump on June 1 announced that his administration will designate Antifa—an extremist anarchist-communist group—as a terrorist group. He also praised the National Guard for shutting down the chaos in Minneapolis that he said was steered by “ANTIFA led anarchists, among others.”

“I want the organizers of this terror to be on notice that you will face severe criminal penalties and lengthy sentences in jail. This includes Antifa and others who are leading instigators of this violence,” Trump said at the time.

Allen Zhong and Bowen Xiao contributed to this report.