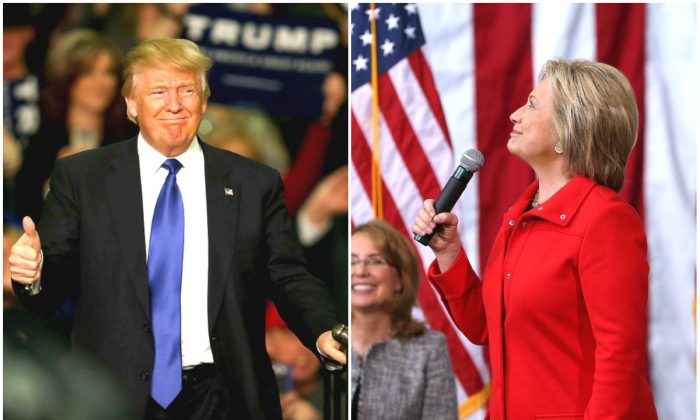 Tuesday, April 26, Donald Trump won majorities of the vote across all five northeastern states that voted. He won 64 percent in Rhode Island, 61 percent in Delaware, 58 percent in Connecticut, 57 percent in Pennsylvania, and 54 percent in Maryland. Prior to getting 60 percent in New York last week, Trump had been winning many states, but had not won with a vote majority; he has now won six states with vote majorities.

Trump swept all 86 delegates decided by winner takes all by statewide and Congressional District (CD). These included 38 Maryland, 15 Connecticut, 16 Delaware, and 17 Pennsylvania delegates. Trump also won the 13 statewide Connecticut delegates because he exceeded 50 percent. Ironically, Trump had his highest vote in Rhode Island, but this was the one proportional state, so he took 11 out of 19 delegates there. So Trump won 110 of the 118 pledged delegates available.

Pennsylvania elects 54 unbound CD delegates, and there is no information on the ballot paper as to who they will back. However, the Trump campaign distributed this delegate slate, and 31 of the Trump slate’s candidates won, including 21 clear supporters of Trump. In addition, 11 candidates who said they would back their CD’s winner were also elected. Given Trump swept all of Pennsylvania’s counties, he may have effectively won at least 42 of these 54 CD delegates.

Making Sense of the Polls: Trump, Clinton Have Emphatic Wins in New York

A couple of weeks ago, Trump was only polling in the 40s in Maryland and Pennsylvania, so his support increased greatly in the final weeks. Possible explanations for this are that Trump’s rivals are now mathematically eliminated, and some people would rather vote for Trump than have a contested convention. Kasich’s voters may not have turned out, especially after the deal with Cruz, who is disliked by northeastern Republicans.

The Indiana primary will be held next Tuesday (Wednesday Melbourne time). There are 57 Republican delegates, and 30 go to the statewide winner, with 3 going to the winner of each of Indiana’s 9 CDs. This delegate allocation method ensures that the winner will take a large majority of Indiana’s delegates. Given his massive poll lead in California, if Trump wins Indiana, it is very likely that he will eventually clinch the 1,237 delegates needed for an absolute majority. Yesterday’s results have changed the Indiana equation, so that now it is Cruz who must win to have any hope of denying Trump a delegate majority.

Donald Trump Says Bernie Sanders Should Run as an Independent

As US Primaries Rumble On, Betting Markets Declare the Sanders Campaign All but Dead

There have been three polls conducted in Indiana, with fieldwork done before the Cruz-Kasich pact was announced. These polls have Trump leading Cruz by 5-8 points, but with Kasich in the high teens to low 20s. The danger for Trump is if Kasich’s voters now go to Cruz, and the undecided vote also breaks for Cruz. In the past, I would have thought a Cruz win slightly more likely, but Trump just had his best day of the primary season.

As a result, Clinton is likely to gain an additional 50 delegates, for an overall lead of about 285 delegates. Sanders would need about 64 percent of the vote across all remaining contests to win the pledged delegate count. That clearly is not going to happen, and Clinton has effectively sealed the Democratic nomination.

At the January 2015 Queensland, Australia election, Labor won 44 of the 89 seats, to 42 for the Liberal National Party (LNP). Labor was able to form government with the support of an Independent. There is no upper house in Queensland.

Since the election, two regional Labor MPs have resigned from the Labor party, and joined the crossbench. As a result, the LNP was able to win parliamentary support for a proposal to expand parliament by four seats to 93. This would probably have helped the LNP, as the new seats were likely to be created in stronger LNP areas.

However, Labor outmaneuvered the LNP last Thursday night 21 April, by amending the bill to propose a return to compulsory preferential voting (CPV). In general, major party voters dislike each other more than other parties, so the crossbenchers will benefit from a return to CPV, and they supported the change. Labor will benefit from a stronger flow of Greens preferences than would be the case under optional preferential.

Labor is actually doing worse under CPV than they did at the last election under optional preferential, which would result in a 50-50 tie on these primary votes according to Kevin Bonham. It is likely that non-Green Others have moved against Labor since the 2015 election, when Labor’s huge gains after preferences were the result of extreme dislike for the LNP and Campbell Newman among non-LNP voters.

In other findings, 37 percent thought Annastacia Palaszczuk’s performance as Premier was good, 28 percent average and 30 percent poor. For opposition leader Lawrence Springborg, these ratings were respectively 23 percent, 36 percent and 33 percent. Only 27 percent supported the reintroduction of CPV, with 62 percent opposed.

Adrian Beaumont is a Ph.D. student at the School of Mathematics and Statistics, University of Melbourne, in Australia. This article was originally published on The Conversation.