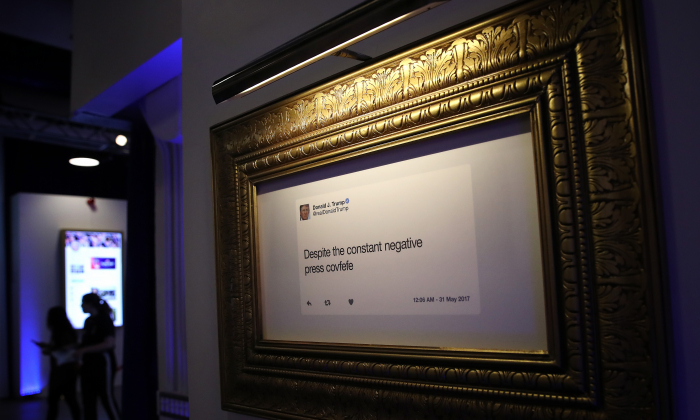 The 2nd Circuit Court of Appeals ruled on July 9 that President Donald Trump violated the First Amendment when he blocked users from viewing and commenting on his Twitter messages.

The court determined that the president’s Twitter account is an official rather than a personal account, making his use of Twitter’s blocking feature akin to a government official excluding people he or she doesn’t agree with from a public forum.

Trump’s attorneys argued that his Twitter account is a personal one. The court wasn’t convinced, writing in the opinion that the account’s landing page bears “all the trappings of an official state‐run account.”

The ruling references several instances in which members of the administration described Trump’s use of the account as official, including a June 2017 statement by White House press secretary Sean Spicer saying the president’s Twitter messages should be considered as “official statements by the President of the United States.”

“We are disappointed with the court’s decision and are exploring possible next steps,” said Kelly Laco, a spokeswoman for the Department of Justice.

The Knight First Amendment Institute at Columbia University and seven users blocked by Trump challenged the president’s use of the blocking feature in court.

“The decision will help ensure the integrity and vitality of digital spaces that are increasingly important to our democracy,” said Jameel Jaffer, Knight’s executive director.

The appellate court decision upheld a ruling made by District Judge Naomi Reice Buchwald in Manhattan in May 2018, which prompted Trump to unblock some accounts. The Justice Department called Reice Buchwald’s ruling “fundamentally misconceived,” arguing that Trump used Twitter to express his views, not to offer a public forum for discussion.

The circuit court’s ruling immediately notes that it doesn’t apply to Twitter’s policing of speech on its own platform or the ability of private users to block others.

“We do conclude, however, that the First Amendment does not permit a public official who utilizes a social media account for all manner of official purposes to exclude persons from an otherwise‐open online dialogue because they expressed views with which the official disagrees.”

The National Archives has concluded that the president’s Twitter messages are official records that must be preserved under the Presidential Records Act.

“While various ‘workarounds’ exist that would allow each of the individual plaintiffs to engage with the Account, they contend that each is burdensome,” the court wrote.